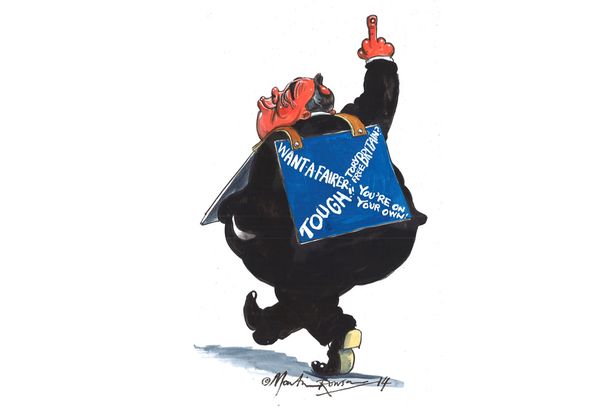 It was not what we hoped for, but it is better than what we have got – that’s the message emanating from campaigners for a Scottish Six following Tony Hall’s announcement there will be a brand new digital TV channel in Scotland – BBC Scotland.

Coming to screens near you in September 2018, the new channel will feature a Scottish news programme at 9pm (a Scottish Nine, not Six), more comedy and factual programming, a budget of £30 million, and will create an extra 80 jobs in journalism.

At a time when funding for channels is relatively thin on the ground, this is a big step forward, especially on the jobs front when journalism careers are touted as ever more uncertain.

However, it took just 18 minutes after the story broke for me to happen upon a classic post-Scottish-centred-announcement comment that read: “Waste of money. Just appeases nationalist scum.”

Now, maybe it is just me, maybe I am a little paranoid myself over this, but when any announcement is made about improvements to Scotland’s position in the UK there are so many people – who are Scottish – who slam the proposals as being part of a nationalist agenda.

Whether they mean small-n nationalist or refer to the Scottish National Party is often unclear. In either sense, their criticisms are both immature and blatantly ridiculous.

To say the creation of a dedicated BBC channel for Scotland – where all people in Scotland will be able to enjoy new content, where there will be 80 new jobs for young people and experienced workers – is somehow part of a nationalist agenda is simply a parochial and disrespectful attitude to hold.

BBC ALBA and the Gaelic Language Act are still hit by allegations of being a tool of nationalism, when the reality is it was the Labour-Liberal coalition of 2005 who enacted the Language Act; it was the Conservatives in the 80s and 90s who allowed for Gaelic broadcasting and education; and it was the Scottish Parliament who passed the Language Act unanimously.

The same goes for increased powers for Scotland. Although these powers were given to Scotland following a nationalist/Nationalist campaign for independence, the powers granted allow for Scotland’s citizens to see direct effects of what they contribute to the government being put back into the services they use every day.

This “nationalist agenda paranoia” is one that permeates those who, apparently, seem against anything that advances the position of Scotland and its people separate of rUK.

It is almost a “Red Under the Bed” attitude. Terror that, somehow, any move for Scotland is a chance for the SNP and its #indyref2 (can we still call it that?) prating to get their foot in the door.

The new announcements from the Beeb are a chance to have Scottish news for Scotland, by Scotland. Not a nationalist agenda. It will bring jobs, production, ideas and news to Scotland that is in keeping with devolution.

Pre-show interview with SUDS ahead of 'The Unexpected Guest'

Fewer international students are choosing the UK to study