I’m not really too sure how to write this. I’m more of a youtuber in all honesty and find it hard to articulate thoughts onto paper (or online paper, I guess). But yeah, here we are.

It was November time of 2012 when I first realised something was properly up. I had always been a hugely anti-social person in my teenage years, which is very different to how I was as a child; I was the loudest, crazy, most excitable little boy in the world.

Then the gloomy teenage years arrived and it was like someone hit a switch in my brain and everything was just bleak. I would sit inside playing video games for hours on end without ever leaving my room, only for food and school.

I also began to hate being alone, but still wouldn’t socialise. I had a fear of rejection from friends, which is probably seeded in the fact that my dad was always away when I was a kid – he was in the army so I can’t really blame him. So I would never message anyone asking if they wanted to meet up, because why would they want to and what would we do?

I then for a while found a solace in acting. I did it as a GCSE as well as taking part in school plays and other theatre groups. It kept my mind busy from the random thoughts running through my head that berated me with self doubt and criticism, and I was able to not be me for a while: to step into another person’s shoes and live as them. It was nice, but then that stopped working.

I spent the hours between sleep and school lying on my bed, listening to music, drowning in my thoughts. In all honesty I liked it, I think. There was nothing else I wanted to do or cared to do. Then I noticed my grades slipped.

I was losing the little friends I had, or I felt like I was (I’ll come back to that). I was becoming a shell of a human with an outward façade of happiness, but an inward struggle of hate and wanting to be something I just couldn’t.

It was then I knew, over the last few months of school, in 2013, that I had depression, and probably severe too. But I didn’t do anything. I pushed it further down and repressed it. I didn’t want people to have another reason to look at me funny and judge me and, more so, I didn’t want to tell my parents.

I think the reason I didn’t tell them was because I didn’t want to bring shame to them. In my eyes, my dad was a hero. He was an engineer in the army, serving for our country and, in brute honesty, could have died for it. To me he was the bravest man I knew and I didn’t want to show him that his son was weak and broken. So I didn’t tell them. I left it, to boil under my skin for a year and a half till I turned 18.

The day after my 18th birthday I went to my GP, explained it all to the doctor, and after seeing a second doctor so the first could get a second opinion, I was diagnosed as depressed. I was given daily pills to take and saw a therapist. The help I was given was incredible. My therapist helped we talk things through on a weekly basis and, although we can never really ‘cure’ it, I began to be able to live. I could get through the larger episodes I had relatively easily and without the help they gave me, I don’t think I would be here today.

And I was happy again, after a while of course. I first told the friends I still had and they didn’t even raise an eyebrow. They said that they didn’t see me differently at all and had never left my side, it was my head that was doing that – who would have known? I then gained a core group of friends in college that are still my best friends to this day. I enjoyed being with people again and, surprise, I actually socialised, going to parties, drinking and just casually meeting up in a field to play football.

I had a life again.

Uni gave me a small setback however, my second semester was probably the hardest couple of months I’ve had in a while but at that point I knew I had all my friends back home to talk to as well as the new ones I met at uni. I enjoyed acting again and have taken part in countless shows and when on stage feel at my happiest.

I then came off medication back in March this year and stopped seeing my therapist after two and a half years, and I’m doing okay. She told me I could start coming off medication back in November, and I remember that I sat and cried. She asked me what was wrong and I said: “Nothing, I never thought I would get to this day.”

I was nervous, of course, and the first week I had without medication was pretty rough, and quite a few people can testify to that (I had one proper outburst where I ended up storming out of an audition. Looking back on it, it was pretty funny).

But here I am two months later and I’m doing fine; I have down days but that’s to be expected. After several really bad years in my late teens, I’m happy again. I’m that same loud, crazy, outgoing boy that I always wanted to be and that feels so bloody good.

That is what I want people to take away from this story. Sometimes life is really, really shit but there is hope. It doesn’t happen overnight and when things are going well they can suddenly take a downward plummet, but things do, and will get better.

Oh, and I like video games again. So that’s pretty cool. 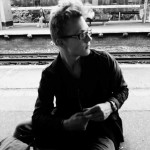 Twin Peaks brings back the weird