Over the last month Brig Newspaper has had 37 pieces of original content all talking specifically about mental health and the impact that it has on all our lives.

As one of the co-coordinators, I am going to try – probably very unsuccessfully – to round this whole inspiring month off with this final piece of content, summarising and examining all of what we have heard throughout the month, as well as looking into my own mindset around mental health.

I am going to do that annoying thing people do when trying to bring something to an end and jump to the beginning for a while to talk about how this whole month came to be.

After my month of themed content throughout my self-named Queer February (or LGBT History Month as it goes by more commonly) I heard from a diverse range of incredible people who each had a different relationship to their sexuality or gender. That alone moved me deeply. That people trusted me enough with their stories to be able to tell them properly.

But the response to that month was so incredible that when my dear colleague Cameron suggested a similar month of content in May, but this time centring around mental health, I was of course going to agree.

So off we set: Posting on Facebook, asking friends and classmates, emailing contacts, all in the search for content enough to fill the month of May as best we could. Now, in February, the content and how I managed it meant that a post-a-day simply wasn’t an option. 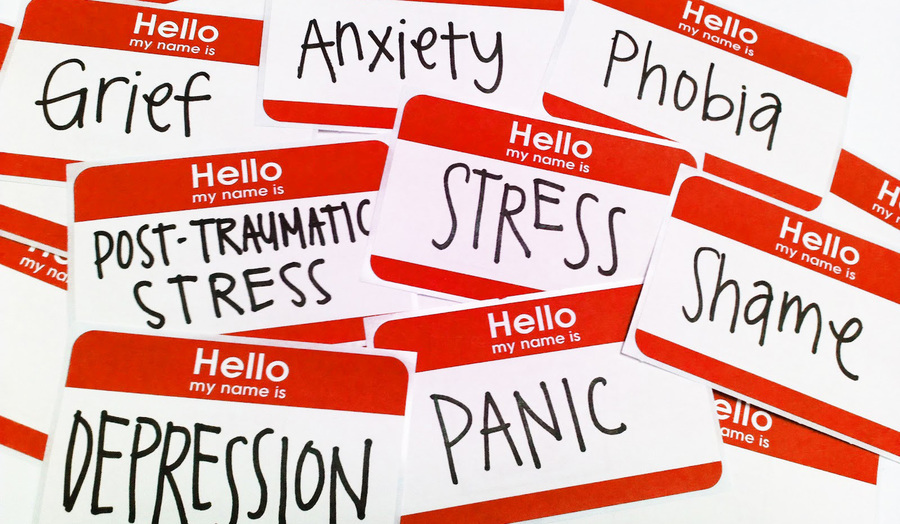 However it became clear quite quickly that the problem this month was not going to be struggling to have enough content, but in fact having too much of it.

Responses came in thick and fast, and as March and April went on, Cameron and I met up with so many amazing people who were brave and honest enough to share their stories. Some came in the form of interviews while others came from more personal writing that was sent to us, none more valuable than the other. The concern now was creating a schedule that not only managed to squeeze all the content into the 31 days, but making sure there was a good balance of stories and experiences spaces throughout – a lot easier said than done, I may add.

Now with uni still in full swing, these interviews and articles just got gathered up into the whirlwind that is living as an active student. Although I was engaging with the content coming my way, I wasn’t fully appreciating the weight of some of the stories I was being told. As an interviewer it is very easy to hide behind your nods, your “uh-huh”s, and your premeditated questions. You find yourself distanced from the subject matter after a while, and can emotionally manage hearing three people a week tell you about their history with self-harm. I was unintentionally nonchalant, at the time, from all the content which was coming at me so fast.

But then semester ended. Then I had to actually focus on what had been said, what had been written and what people thought the world should hear.

Now, mental health has always been an odd thing for me. I like to say I knew about it before I felt it’s weighty impact, but looking back now I don’t know if that is true or not. I admit now that I had anorexia in high school as a result of an appearance related anxiety, but since I started eating better and since I started seeing something other than rolls of flesh when I looked in the mirror I considered myself to be better. I was better, I eat okay now, I’m better.

Yet in the month’s leading up to the release of each article I began to question again.

When I listened back to interviews of people describing their time being anorexic, or their times of intense isolation, or their passionate self-hate, or how it felt like they are going to vomit being in a crowded room of strangers, or their thought process as they contemplated bringing a knife to their skins; that’s when I began to question.

Hearing my thoughts so eloquently articulated in random snippets from a variation of contributors made me question if I was okay, if I was better, if I was really fully over my defining mental illness from that point in my life.

Was the way I had been thinking my whole life normal? Did I actually have a more complex mental health issue than the eating disorder and its source?

But I sort of kept this internal dialogue to myself. I was the human about to launch a month of mental health content and I couldn’t do that if I was unstable – said late April Stuart in an audible drunken conversation with a mirror.

So as I tend to do in these situations of high thought processes I soldiered on, I transcribed more interviews and edited more articles and just generally did organisational nonsense. This all kept kept me from writing my own piece that I’d committed to adding to the other 37 articles.

Because I was fine, had been since I got over the eating disorder. And the thought that I maybe wasn’t fine, even a little, was a bit too huge and ominous for early May Stuart to deal with.

So yeah… that thought and my personal article was put on the back burner. Until right now, at 1.29am, on the last day of Mental Health May, a number of hours before this roundup article was scheduled for release.

A concern I had from the beginning was making things worse for someone. The thought of people seeing this level of content about people struggling with such a spectrum of issues and it overwhelming them with the dread of how much pain there is in the world. And admittedly when I phrase it like that it does sound a bit intensely depressing – getting into vicious circle territory here so let me go on.

I think in the midst of hearing and gathering all the content I forgot one of the key goals we had set out to achieve in this project. Despite most people including this very point in their answer to the question that asked why exactly they wanted to be part of the project. I forgot what the hours and hours of organisation had been about from the start: It was the same goal as Queer February.

This wasn’t aiming to cure depression; this wasn’t aiming to be an anxiety reliever; nor was it a medication for bipolar or bulimia. This content was about opening up the dialogue. I think I heard the phrase “break the stigma” so many times I forgot what it actually meant.

I was so afraid of thinking about thinking that I may still have some mental health issue that I missed the fact that I have been the victim – or more appropriately the benefactor – of our own project.

The content wasn’t making me upset, I wasn’t falling back into dark times. What I was doing was exactly what I wanted everyone to do reading this: To start talking about it.

Yes, the dialogue in this case was happening inside my head but as the month drew to a close and I began to reach this epiphany I actively sought out people I could talk through my mental state with.

Throughout the month there have been so many success stories and triumphant tales of recovery. Some stemming from medical help, some from therapy but in all honesty what I have read the most of is how much power a simple conversation with the right people can have.

I realise that friends and family are not equipped to cure you of a mental illness. Yet almost all the inspiring stories of overcoming the intense struggle that mental health brings have started with a conversation. An honest conversation with people who care for you, who you can be open with.

Having people around you who don’t invalidate how you are feeling that that moment and who nod, listen, possibly lend a shoulder to get slightly damp and who are there for that conversation to happen. Those people are the ones who stand at the start of recovery.

So no matter how isolated you feel at times and how much you think what is going on in your head isn’t deserving of help.

How to start fresh after letting yourself down

The meaning of traditions

BRAW columnist Aysun Bora discusses infidelity and the societal stigma connected to it.…