The announcement that Canadian coffee chain Tim Horton’s was to open its first UK cafe in Glasgow earlier this year was met with some surprise.

When famous stores make the jump across the Atlantic, it’s rare that anywhere north of the border plays host before cities like London or Birmingham.

But much to the delight of Scots, Tim Horton’s chose Glasgow’s Argyle Street as the latest destination for those making the coffee pilgrimage.

The café opened its doors at 9am on June 2 to a queue that had been waiting all night. The chain really knew how to hype up the crowd, with staff dressed as Canadian ‘Mounties’ (Mounted Police force) and special prizes for the first 100 customers through the door.

This hype had not yet died down when I arrived to try it out for myself over a week later. The café is rather riskily located at the crossroads opposite Pizza Hut, KFC and McDonald’s. However, it faced no competition from its rivals as the queue stretched out the door on this (thankfully) warm and dry day.

Tim Horton’s is a well-known part of Canadian culture, and I was intrigued whether it would translate well to the rather different Scottish ethos. Judging by the crowds both inside and outside the store, Scots are lapping up the coffee and baked goods on offer.

Despite my rather limited knowledge of Tim Horton’s, I knew that its signature Timbits were the snack to try. These are little doughnut bites that represent the ‘middle’ of a doughnut. I ordered a box of ten, along with their famous ‘double double’ coffee and a breakfast wrap to try something savoury too.

Despite the hectic midday rush, the staff were all warm and friendly, and I was able to find a table downstairs away from the noise of the main store. Now it was time to put this Canadian cuisine to the test.

First of all – the breakfast wrap. The wrap was filled with egg, cheese, a hash brown, and 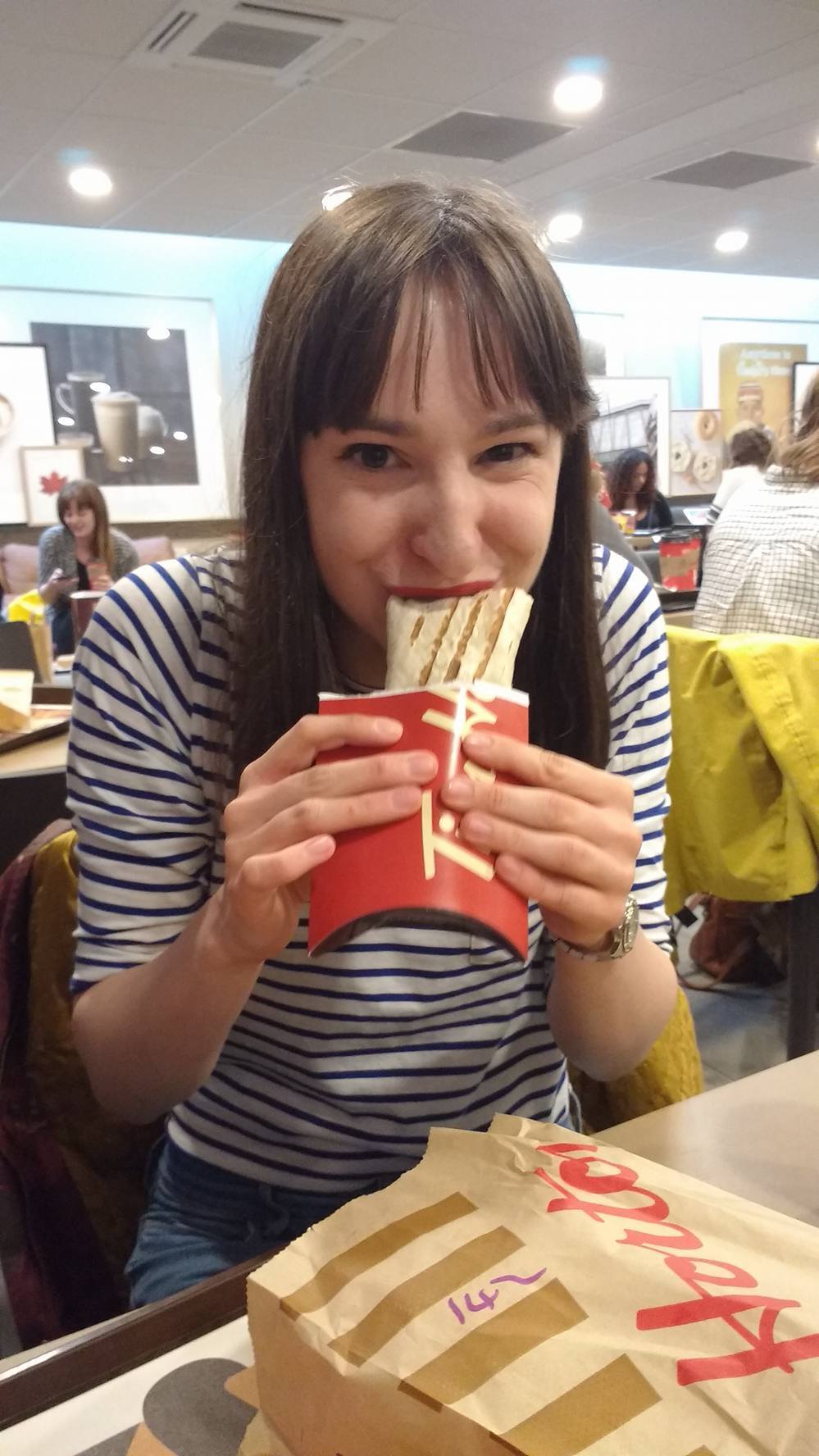 sausage of some description (there isn’t a menu online yet – get it sorted Tim Horton’s!). Despite this mystery meat, the breakfast wrap was enjoyable and filling. I would much prefer this than a McMuffin from across the road.

Next up were the Timbits. These cute little bites didn’t last long! I ordered the Classic box, so I got to try three types – sprinkles, jam and cinnamon. It may not be the healthiest of snacks, but I can see why they have won the hearts of Canadians, and now Scots.

Lastly, the coffee. The ‘double double’ gets its name from the double amounts of sugar and cream. The sweet, milky result won’t be for everyone, but as someone who isn’t a huge fan of coffee, and prefers a Frappuccino to a strong black, this definitely suited my tastes. The coffee is also available decaf for those whose caffeine tolerance is not very high, such as I.

This chain is a comfortable cross between a Starbucks and a McDonalds, and perhaps that is the reason for its success. Maybe what people want is a cafe that serves both decent coffee and food, and doesn’t sacrifice one for the other. I know that I’m keen to go back and try what else is on offer – their actual doughnuts in particular. And also to buy one of their cute branded mugs!

Tim Horton’s is good for breakfast, lunch, a coffee or a snack – but only if you are prepared to wait for it. And with further plans to open coffee shops across the UK, I’m sure Brits will continue to go crazy for their unique brand of Canadian charm and baked goods.

Tim Horton’s is located at 184 Argyle Street, Glasgow. It is open from 6am until 12am every day.

Cocktail of the month: Raspberry margarita @ The Corn Exchange