To celebrate Women’s Sport Week 2017, we asked the good people of Brig for their favourite moments from women’s sport. From famous moments to current idols, here are their responses…

If I was to point to an incredible women’s sporting moment in recent weeks, I would say Kasia Niewiadoma’s performance in the OVO Women’s Tour was incredible; going 50km from the finish on a solo break, she won the first stage in one minute 42 seconds, and then went on to win the tour!

Overall, though, I would have to highlight Rachel Atherton. Not just for her perfect season in 2016 (winning every World Cup Downhill round since Fort William in 2015), but because not many people nowadays will not have heard of the Atherton brand.

Much of that is down to Rachel. She shows charisma, style and determination in the sport, and acts as a real idol for girls who want to roll their sleeves up, go to the gym, go fast, get muddy and just have a blast on a mountain bike.

As a massive football fan most of my sporting heroes tend to be big name footballers. I’ve grown up watching a lot of female football and there is no professional player I have more admiration for than Carli Lloyd.

She has appeared for the USA’s national team in a whopping 239 matches, scoring 97 goals in that period of time. Lloyd has helped her side reach three World Cup finals, including captaining the USA to victory in the 2015 tournament. She became the first ever person to score a hat-trick in a World Cup final in the process, and took the silver boot award after the USA’s 5-2 victory over Japan.

She has always been an immaculate role model and has always aspired to reach the top of her game. A double Olympic champion to boot, Lloyd currently plays at Manchester City WFC and will be looking to add another few accolades to her illustrious career.

Great Britain’s most successful Olympic female in any sport, Laura Kenny – née Trott – is at the top of my list for producing one of the greatest sporting moments involving a female athlete; or any athlete for that matter. At Rio 2016, she dominated the omnium – a gruelling six discipline competition, involving pursuits, eliminations and time trials before culminating in the epic 100-lap point’s race – from start to finish to retain her title from London 2012, beating the American Sarah Hammer by 24 points.

I remember watching each element of the competition in turn and marvelling at her strength and endurance. Her cunning and strategy needed for the marathon event (that looks more like a sprint) is second to none – it almost made me want to go out cycling. Almost.

She announced earlier this year that she was pregnant, but insisted it would not inhibit her ability to compete and retain her medals come Tokyo in 2020. With the drive and determination she has to succeed, I would not bet against it.

Fifteen years after Rhona Martin’s yellow-handled stone slid right to the centre of the curling rink’s concentric rings in Salt Lake City, the fervour has died down a little. That stone still sits in the National Museum of Scotland, however, and Rhona and her four teammates still have MBEs after their names – both facts that speak to the nation’s excitement and passion on that night in 2002.

It’s not hard to argue that the influence of that match is still felt today. The romantic story of five amateurs ending an eighteen-year gold medal drought for Great Britain at the Winter Olympics regenerated interest in an event that Brits had been bored of for years. It also renewed interest in curling as a sport: the British (or, more accurately, Scottish) curlers who are sent to the Winter Olympics now are counted among the country’s best medal hopes. Indeed, two of Team GB’s four medals at Sochi 2014 came from curling.

Since the success at Salt Lake City, the game has changed significantly too. Modern-day competitive curlers are young, fit professionals, training regularly in the gym and playing with high-performance equipment. It’s a new world, and the next Rhona Martin will probably come from a very different set of circumstances. Whoever she is, though, she will owe much to Rhona and the rest of the 2002 Great British women’s curling team.

My sporting woman hero has to be Nicola Adams, and not only just because she’s a Yorkshire lass like me. Nicola Adams is badass in more ways that I can count.

Her most inspiring quality for me is her unwavering optimism and glowing smile. She has pulled the positives from everything that has happened in her life – a father who abused her mother, her mother getting meningitis, being diagnosed with ADHD -, and even recognises them as factors to her successes. She came out as bisexual in the most chill, nonchalant way because, really, it wasn’t a big deal. She was a pioneer in women’s boxing and absolutely put it on the map, and won the hearts of an entire nation while she was at it.

The summer of 2014 was a truly magnificent summer of sport for the city of Glasgow. The Commonwealth Games provided individual moments that will live long in the memory for those that witnessed them.

Valerie Adams’ gold medal in the shot put was one such moment. The result itself was perhaps not a surprise – after all, the New Zealander had exerted such a stranglehold over her event that she hadn’t suffered a defeat in 53 events prior to the Commonwealth Games. 53 events. A streak lasting four years. Even when you write it down, it’s simply incredible. 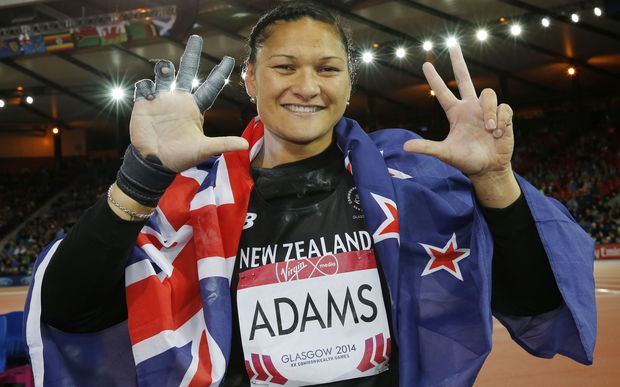 Yet perhaps it’s the very fact that the result wasn’t a surprise that, for me, makes it a standout moment in global sport. For one athlete to have dominated her field for that length of time and with that level of performance is almost unheard of. For Adams, however, it’s become more surprising when she loses an event than when she adds to her extensive collection of honours.

Not only is she one of the greatest athletes of recent years, however – she is a terrific ambassador for sport, and for her country. The streak may have ended in the years since Glasgow 2014, but her ability to inspire and enthral remains. Long may it continue, Valerie.

What are your favourite memories involving women in sport? Leave a comment, or email sport@brignews.com with your thoughts and stories.