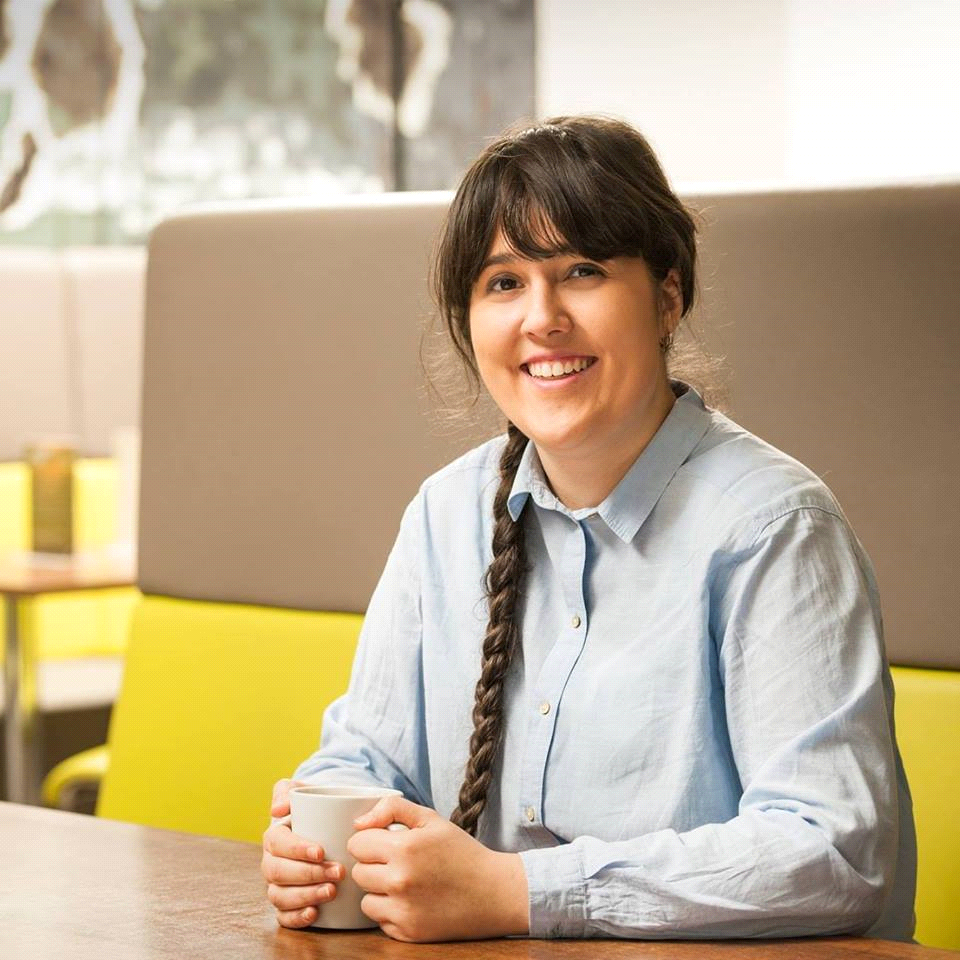 In her own words, Arletta Gorecka is the “voice of international students” at Stirling University. Arletta, a law student who moved to the UK from Poland, is going in to her third year at Stirling and her second term as international officer.

She believes that her role is to to promote the need for a “racism-free” society, and that the reason her position exists is to raise awareness of the issues that international students will experience during their time in higher education.

“It is very important to show students how international students might be disadvantaged and prejudiced.”

After being elected international officer just months after the Brexit vote, more than a year later she is still faced with the challenges that leaving the European Union will present for international students.

Earlier this year, the Office for National Stastics (ONS) figures revealed that significantly less students were choosing Britain as their destination of choice. Forty thousand less students decided to study in the United Kingdom in 2016 than the previous year.

When asked if this concerned her, Arletta told me, “Yes, it is shocking to find this out. I think that it is mainly because the students are concerned about their post-Brexit status. They are unsure how Brexit might affect their rights to study in the UK.

“I believe there should be guidance available on the changes that Brexit might introduce.”

Arletta suggests that the government should work to ensure that students are able to spend their studies in Britain “stress-free”, and made to feel welcome.

“There should be fundamental changes in the [government’s] visa policies. Also, it is vital to introduce more welcoming campaigns and messages in the social media.  Communication is the key!”

As for what the Students’ Union is doing to to alleviate students’ fears: “We are going to do everything to reassure international students about their rights after Brexit. This will be more highlighted during the academic year. [We are] going to work intensively towards ensuring students about their post-Brexit future.

“The University of Stirling is welcoming and benefiting from international students. Therefore, we aim to make their stay pleasing and unforgettable.”

An aspect of Brexit which has not received much attention is the future of the Erasmus student exchange programme. Erasmus allows British students to study at a number of universities and colleges across Europe, and also enables EU students the ability to do so in Britain.

While the Brexit Secretary David Davis has so far refused to confirm the status of Erasmus, politicians  such as First Minister Nicola Sturgeon have urged the UK government to ensure that Erasmus continues – something which Arletta feels should “absolutely” happen.

“Erasmus is one of the greatest cultural building programmes. Besides going to study in a different country, one can make friends and memories that will last a lifetime. I believe that it is very important to continue the Erasmus heritage, as it helps students gain amazing experience.

“Taking a semester abroad would increase their employability, as it would help students to stand out in the jobs market. More importantly, it would help to gain cultural awareness, as dealing with people from all over the world would help to become more tolerant and understanding.

“It would simply allow one to become open-minded towards other cultures and people. It is an important step towards a society with no prejudices.”

Last week, it was revealed that the government had inflated the number of international students overstaying their visas. For years, the Home Office had claimed that ‘hundreds of thousands’ of foreign students were choosing to remain in the UK upon the expiration of their visas. Yet last week it was reported that the actual figure was less than 5000.

“I could not believe that. I think that it was caused by those all political events, students might be feeling less welcome here.”

“Also, there were drastic changes introduced for the immigration policy. It is a clear indication that UK becomes a less attractive destination for international students. We need those talented people to study here!”

“The government should do everything to introduce vital changes in order to make the UK [more] appealing for students.”

One measure which has been proposed by MPs, including the cross-party Education Select Committee, is to remove international students from the government’s immigration targets. For years, the Conservatives have routinely pledged to reduce immigration to the ‘tens of thousands’ – but have been continually unsuccessful in doing so.

“The government needs to realise the damage of their policies. There should be changes to the visa system. At the moment, they appear to be unfriendly for students. The UK is turning away the international talents. Those people are very skilled students.

“The UK government ought to work towards attracting them so the economy and universities could benefit from the diversity international students bring.”

“In relation to Brexit, the government should keep working hard on making the UK an attractive destination for EU students, who are very valued at the UK’s universities.”

Despite the challenges which Brexit has presented for her as international officer, Arletta remains encouraged. She discussed a number of proposals which she would like to see implemented during her term, one of which is to work closer with the International Society.

“One of [these] ideas would be to establish some kind of language cafe. That could be a good opportunity to learn phrases that we might later use during the holiday season.

The Streetcar we all Desired: Macrobert night of Rapture