As Halloween is right around the corner, most people are preparing their costumes for a night filled with parties or chocolate.

But these fun traditions of October 31 haven’t always existed, despite the holiday itself existing for thousands of years.

The origins of Halloween are driven by a dark and interesting history.

So here are Brig’s 13 interesting facts you probably didn’t know about Halloween.

1. Halloween is full of Irish history

People often label St Patrick’s Day as the most prominent Irish holiday, but actually, Halloween also finds most of its roots in Ireland.

The popular holiday has not always been about candy and costumes. In fact, it originated from a Celtic festival for the dead called Samhain.

Celts believed the ghosts of the dead roamed the Earth on this holiday, so people would dress in costumes and leave “treats” out on their front doors to appease the roaming spirits.

2. Trick or treating was used to scare away spirits

Also originating in Ireland, you may be surprised to know trick or treating wasn’t always the perfect way to binge on loads of sweets.

The Celts used to set out food and candy as a means to protect their houses from demons and spirits that would be lurking the streets.

3. Pumpkins were not the original Jack-o-lanterns

According to the legend, Jack-o-lanterns are named after a stingy man named Jack who was forbidden from both heaven and hell after he tricked the devil on a number of occasions.

Condemned to an eternity of wandering the Earth, he waved his lantern to lead people away from their paths.

This escalated into people carving their own lanterns as a means to scare away unwanted spirits and demons from their houses as they roamed the streets during the festival of the dead.

However, instead of our pumpkin tradition, turnips were used. The use of pumpkins only really took off following the Irish potato famine of 1846 when Irish families fled to America, taking the tradition with them, but exchanging turnips for pumpkins which were more accessible.

4. Trick or treating was known as “souling”

As Halloween became more widely known, Christians in medieval times would go door-to-door on November 1, or Hallowmas, offering prayers for the dead in exchange for soul cakes.

5. We can thank the Irish for the fancy dress tradition

During Samhain, the Celts believed that the ghosts of the deceased were able to interact with the living.

It was believed that the ghosts could disguise themselves as humans, such as beggars, and knock on your door to beg for food.

The superstitious claim that rejecting them would result in them being cursed or haunted.

Many reacted by dressing up as a ghost as a way of preventing the dead from taking your soul.

6. Seeing a spider doesn’t have to be scary

If you’re like me and the sight of the tiniest spider terrifies you, this might be a bit reassuring.

It is believed that the sight of a spider on Halloween is actually a sign of the spirit of a loved one watching over you.

Contrary to what movies and TV shows will have you believe, it is actually extremely rare to witness a full moon on Halloween.

In the last century, a full moon has only occurred on October 31 five times, with the last sighting back in 2001 and the next one not expected to appear until 2020.

If you think you have it bad having to wait a whole year to go trick or treating, spare a thought for those who experienced sugar rations for over three years during war.

Throughout the 1940’s Britain faced a period of food rations. This meant that luxuries such as chocolate and sugary goods were extremely rare, which would’ve made Halloween pretty much pointless to some people.

Imagine three years with no chocolate or sugar!

9. White cats are the unlucky ones

There are many people who fear the sight of a black cat on most days, never mind on Halloween, but what if all this time we were wrong and it was actually white cats that brought us all bad luck?

This has become a common theory in the UK, while many Americans still live in fear of the black cat, probably due to their ancient connections with witches.

The perception of black cats stems from ancient witch hunts.

As many elderly, solitary women were accused of witchcraft, their pet cats were seen to be demonic animals that had been given to them by the devil. Times are changing, however, and many in the UK consider black cats to bring good luck if they cross your path and instead believe that white cats are the ones we should be wary of.

10. Mussolini was elected on Halloween

One might argue this was quite a fighting day on which to begin his reign.

The fascist Italian premier was elected on October 31 1922.

Interestingly, exactly four years later, a 15-year-old was lynched on the spot after trying to assassinate him.

11. You could see a witch if you wear your clothes inside out

Legend has it that if you wear your clothes inside out and walk backwards on Halloween, a witch will appear.

12. Halloween colours were chosen for a reason

When you think of Halloween, colours such as orange and black are immediately at the forefront of your mind.

As Samhain marked the end of the harvest season and welcomed the beginning of winter, the colour orange symbolised the crops and leaves changing, while black represented the death of the summer season.

13. Bobbing for apples could predict when you’ll get married 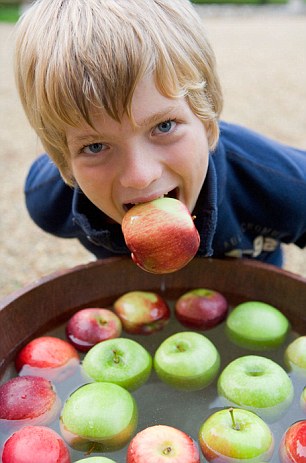 The old British courting ritual of bobbing for apples was used as a means of fortune-telling on Halloween night.

According to superstition, the first person to pluck an apple from the water without using their hands would be the first to marry.

If you were lucky enough to catch an apple on your first go, you would experience true love.

Can I be a feminist and not support Hillary Clinton?

My body, my choice – the devastating aftermath of the fall of Roe

The moment Roe v. Wade was overturned, fear struck the American people and the world along…

From graduand to graduate

An insight into graduation day.…

While Obi-Wan Kenobi: Part VI is a beautiful ending, season two might be coming

The season finale delivers everything we were promised from Obi-Wan's own spin-off.…