On April 12 2015, Hillary Rodham Clinton announced her campaign for presidency.

With this proposal came a campaign video filled with normative symbols of liberalism and progression; working women, LGBT couples, members of ethnic minorities. The representative sample of America’s population appear to be hardworking and optimistic in the midst of an adverse economic climate.

Hillary Clinton makes an appearance claiming to take on the challenge of financial inequality. She states that she recognises that ‘the decks are still at the favour of the top”. It is clear her campaign aims to promote liberty and inclusive capitalism.

Unfortunately for Clinton, the timing of this announcement clashed with an appointment she had in Morocco, according to emails leaked by Wikileaks. The soon to be presidential candidate had a prior engagement to speak for a Moroccan mining company, with a questionable human rights record, in return for a $12 million speakers fee.

Unable to attended, Clinton had to send her husband and daughter in her place. Within this period of 24 hours, an ambiguous image is painted of Hillary Clinton.

One face is suppressed, it is discreet and controversial. The second face publicly dominates her campaign, it speaks of integrity and justice.

At this point in time Hillary is about to embark on her campaign for President of the United States, against the master of the politically incorrect, Donald Trump. She has an ambiguous political history. Clinton is about to take a gamble. Which face will the public see?

Throughout the campaign Hillary became a feminist icon. The possibility of the Democratic candidate becoming the first ever woman president seemed like one of the greatest accomplishments of modern-day liberalism to people around the globe.

Hillary received celebrity endorsements from Katy Perry and Miley Cyrus, to name just a couple. When Donald Trump referred to Hillary Clinto, as a “Nasty Woman”, it was coined as a term for empowerment for many feminists across the globe, in line with her policy direction for equal pay and pro-choice options. The branding of Hillary Clinton as a feminist icon continues to prevail.

Children’s books about Clinton have been published to empower young girls. Countless liberal media outlets support this narrative. Yes, of course Hillary is a feminist icon. She has broken the glass ceiling on countless occasions. However, it is the methodology for breaking the ceiling that seems to create disillusionment.

I argue that she has broken the glass ceiling by being a ruthless and self-interested figure. Clinton shows that women are smart enough and strong enough to be corrupt.

The nefarious history of Clinton dates back as far as Watergate, she was fired from the committee in charge of investigating the scandal. Her supervisor stated “She was an unethical, dishonest lawyer”.

Moving up her timeline, conspiracy emerges around her part as a Lady Macbeth figure during her husband’s time as President. Hillary supported Bill throughout the infamous claims of his infidelities, and sexual harassment towards women.

‘The body count’ is another feature of conspiracy regarding this couple, supported by a number of credible sources. It is a list of names of people associated with several Clinton scandals that have died in mysterious circumstances.

Moving onto her time as Secretary of State, there are several suspicious topics for conversation. Coincidentally, under Clinton’s authority security was reduced in Libya in 2012,  leading up to the murder of several members of a US special mission in Libya. A judicial watch has revealed that Hillary, amongst others, was aware of a planned attack hours before it occurred.

The corruption continues – this year it was revealed that Russian nuclear officials have donated millions to the Clinton Foundation. Whilst Hillary was Secretary of State the Russians attempted to have control over the US’s private nuclear sector.

Whilst all these claims can be put down to conspiracy, many would agree that the Clinton’s have a fishy quality that they just cant seem to shift. The infamous email scandal only reinforces this.

The success of Hillary’s social justice image has been as much of a PR stunt as Donald Trump’s ‘Man of the people’ role play. Clinton is tactical and knows exactly how to play the game.

In regard to politics, she doesn’t have principles except the principles of power. For example, her views towards gay marriage have gradually transitioned from a position of opposition to advocacy. Now, this isn’t because her own ideas have changed but because the public opinion has transitioned.

The inadequacy of Donald Trump gave her further leverage to be the candidate of morals and progression. A strong narrative emerged, from the day she announced her campaign, of Clinton as the protagonist in our feminist fairy-tale, and as Trump as the antagonist.

I am not proposing a position for Trump, but a position to defend feminism’s legitimacy. I don’t believe Clinton would support a feminist stance, such as ‘pro-choice’, if it wasn’t going to help advance her political career. We can’t be fooled.

Many base their support for Hillary just on the basis that she is a woman. This seems to have been her strongest asset in the campaign. However, I argue that this undermines her as political candidate. She is so much more than this.

In respect for Hillary and what she has achieved I argue that she is a ruthless political player. Obsessed with money and power, and an ally of the richest 1%, Clinton is a politician, and we should treat her with the same scrutiny as any male politician. 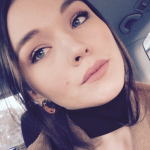 13 things you didn't know about Halloween

Cooperative: Finding a solution to eating on campus

Empathy revolution – in defence of millennials