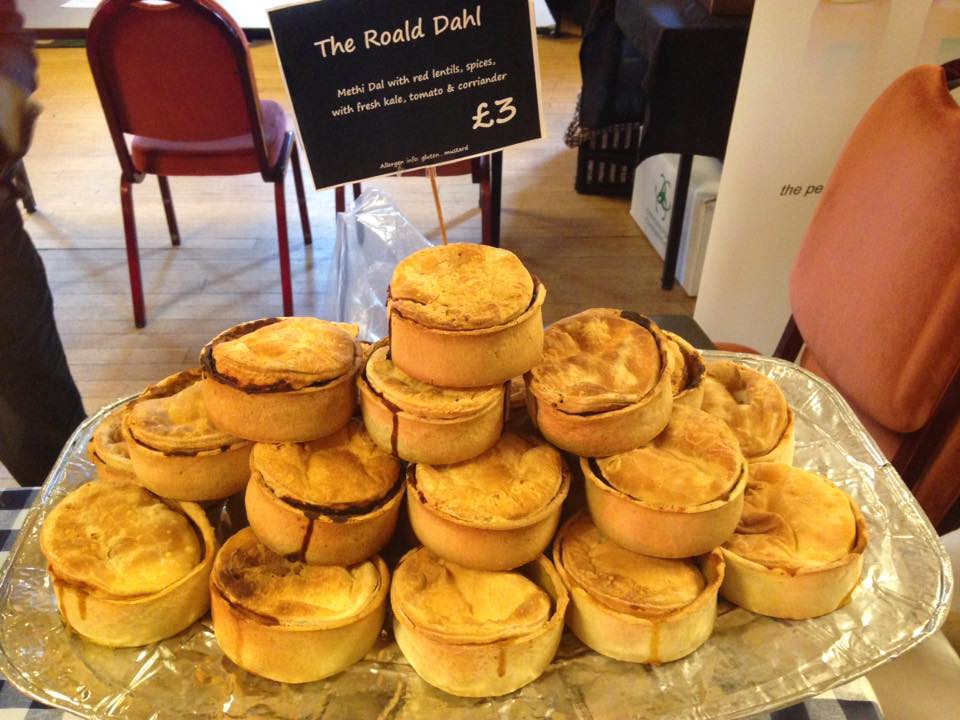 Yet, this is part of procedure for attendees of the Glasgow Vegan Festival, an event dedicated to educating and catering for a small but growing community of non-animal-based product users.

One Glasgow Live article proudly proclaimed the city “the vegan capital of Britain”, a title the event organiser agrees with, and with good reason. Glasgow has more than 20 different restaurants catering primarily to vegans and vegetarians dotted around the city. This is striking for a city known to have one of the highest mortality rates and lowest life expectancy rates in the UK.

Outside the event building stood two women in jackets, merrily devouring brownies. I bought my ticket with a bank note, got my hand stamped like an old library book, and stuck my meat-eating snout in.

Immediately, one is struck by the old-school parliamentary style decor of the entrance. Black-seated benches burrow into the right hand wall, lions and unicorns adorning them.

There are leaflets promoting things that will not surprise you if you know vegans: fossil fuel divestment lobbying for parliament and further vegan festivals in Yorkshire are two examples.

One leaflet advertised ‘V in the Park’, Scotland’s first outdoor vegan music festival, which aims to take place in July next year. Presumably, Meat Loaf would not make the set list.

Being November 11, there was a two-minute silence “in honour of all animals and people that lost their lives fighting for the future we have today”. The lack of animals’ ability to consent to their actions plays a key role in arguments for veganism — there is no army application service for horses.

The old-style local markets of the hallways, with brightly coloured and multi-spiked badges poked into food, is visually reminiscent of Victorian markets and industry commemorated by the building through paintings and busts saluting Glasgow’s maltmen, who helped oversee market standards in the Elizabethan era.

Up the magnificent staircase, paintings colouring the otherwise brown walls, stands a grandiose first-floor hallway with Victorian windows towering above us, people of all ages floating around the room. One stall contained large badges with slogans like “I like vegan girls” and “Zombies eat flesh — go vegan”.

To be vegan is to refuse to consume goods derived from animals — not just food, as the trades floor illustrated, but also clothing, car seating and handbags. Vegans do not take kindly to pig sweets as they contain gelatine — ironically, an ingredient derived from pigs.

Contrary to stereotype, vegans have a good sense of humour — one sandwich board says “A balanced diet is a brownie in each hand”, placed next to brownie flavours like ginger and cardamom, Christmas spice and cranberry, and Oreo. (Yes, Oreos are vegan.)

In the downstairs seating area, hundreds of people congregated around red diamond-patterned chairs with grey varnished tables, in what feels like a local community hall in the city centre.

It seemed at odds with the corner of the room, where a balding nightclub-style DJ with rainbow-striped jacket checked noise levels in one headphone as he changed tracks over.

About 2,400 people attended the event over two days. Even if that equates to less than half of one per cent of Glasgow’s 600,000 population, that is impressive compared to some hall events in the city.

Incidentally, there were hardly any ‘peace and love’-themed rainbow jumpers to be found — in true Glasgow style, most of them were wearing coats.

Event organiser Victoria Bryceson first became vegetarian in 1995, and then vegan after cutting out milk in 2007.

“Becoming vegetarian was easy because I didn’t eat a lot of meat, but being vegan was difficult, especially because I ate a lot of cheese,” she said.

“Being honest, I did miss it, and it did make me think I didn’t enjoy my food as much any more, so then I started experimenting. The first vegan cheese I had was disgusting but then I tried out a second brand and I couldn’t tell the difference, so I’ve started to love cheese again.”

Today, there are a wide variety of vegan foods available, including egg McMuffin, steak, and meringues, and supermarkets are expanding their options.

As Bryceson points out, being vegan does not mean having to go cold turkey, so to speak.

“There is a process to it. I don’t think you should learn it overnight. It’s rare to go vegan overnight. Indeed, many of us are still learning.”

Indeed. That afternoon, Ashley Monaghan, billed as a “vegan doctor and fitness instructor”, spoke to a curious crowd under a semi-circle wall in South Hall, which was small.“We can be vegan but still be equally as unhealthy as any meat-eater,” she said. But I can’t remember seeing a single fat person at that festival.

Monaghan went on to examine various areas of health that matter whether or not you eat meat, such as the hazards of reducing sugar intake too quickly; the importance of micronutrients; and how keeping weight down is about more than just counting calories.

There was a lot of talk of planning: planning for fat, planning for protein, planning for calcium. This seems a trifle excessive, but is helpful to the healthy lifestyle vegans say is achievable. Some believe veganism could become mainstream in society in the next 30 years.

Bryceson certainly hopes so. She is confident that not only can a vegan lifestyle be affordable, there is plenty of choice available.

“Since going vegan there has not been a single time where I’ve found it difficult to find a product that I want in a vegan version of it. If I want sweets (which usually have gelatine in) I just go to the supermarket the same as a meat eater would and I get them from the vegan aisle.

“Absolutely nothing about veganism is difficult anymore.”

Perhaps those pig sweets are not to be snorted at after all.

The secret cocktail ingredient you need to know