The show has been hailed as a female Inbetweeners mixed with Father Ted and could be the next best thing to air on Thursdays.

With posters of The Cranberries plastered over the school girls’ bedroom walls, and the rate of inflation meaning that you could still buy a decent pick’n’mix for £2, the show really hit the nail on the head as to what it meant to be a teenager in the early 90s.

What makes it unique is that it is all set to a backdrop of conflict and roadblocks in Derry during The Troubles in the early 1990s. The show portrays how the characters live in a world where a closed bridge due to a bomb is a complete normality and just means a diverted route to school and a missed sunbed appointment.

Twitter was set alight with adults sharing memories of their school days in Northern Ireland in the 90s – and photos of some seriously dodgy hair. It seems screenwriter Lisa McGee drew on her own teenage experiences and championed a show which rings true with a lot of people from that era.

For 30 minutes of viewing the show managed to pack in a love interest for Erin, a roadblock, many religious gags, an Irish mammy with a wooden spoon and a dead nun.

The show will have you laughing out loud at their sharp dialogue and witty one liners all drenched in a thick Northern accent.

‘I thought we were going to be individuals this year?’

‘I wanted to but me ma wouldn’t let me.’

‘Well I’m not being an individual on me own.’ 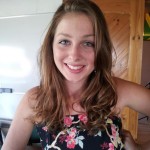 Some final words of wisdom from fourth-year students