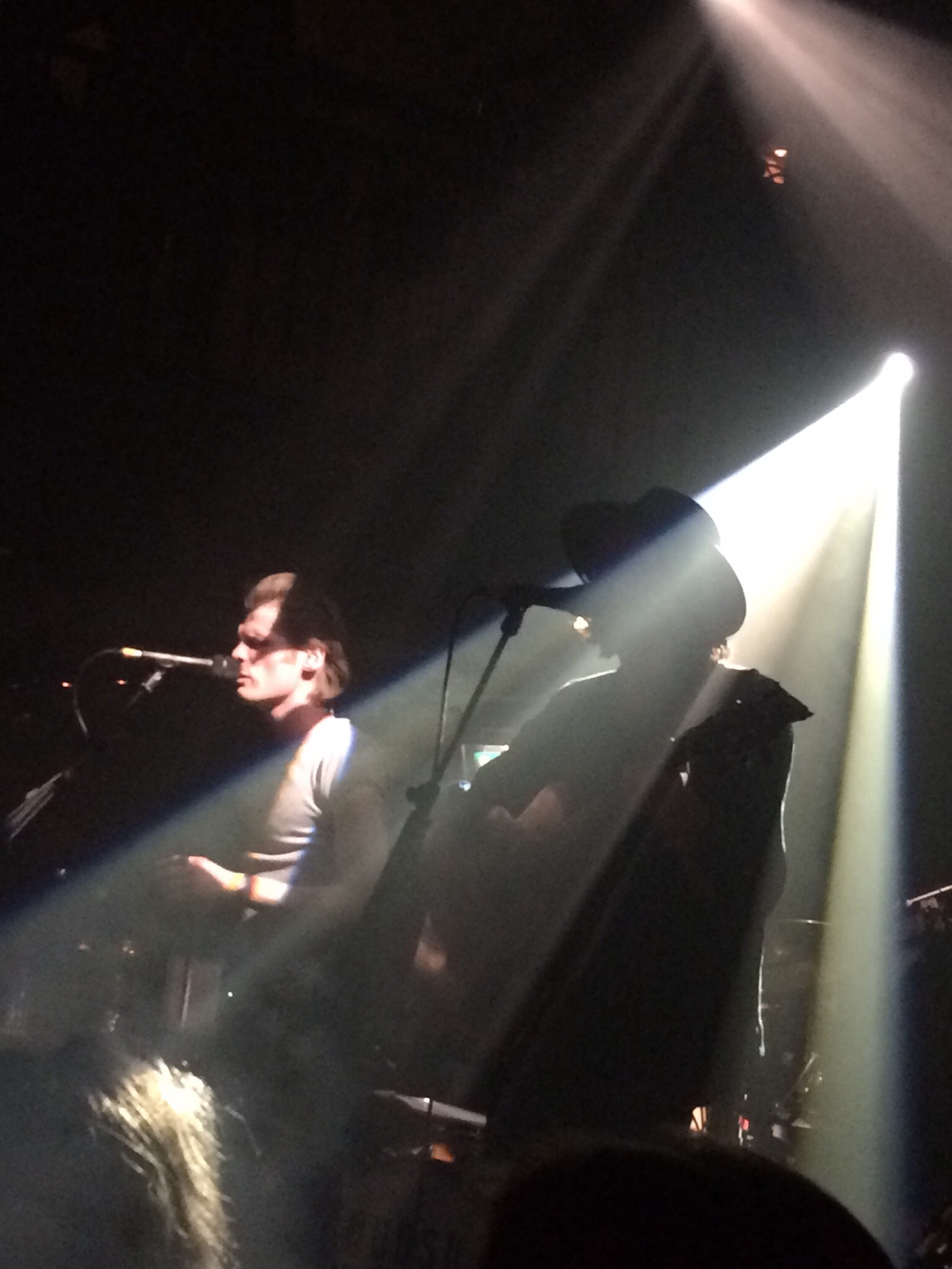 I’m currently spending a few days in the beautiful city of Amsterdam, and was lucky enough to stumble upon one of my favourite bands performing last night.

Hudson Taylor is an Irish folk duo consisting of brothers Harry and Alfie. The boys rarely take a break from touring. However, I still hadn’t managed to ever catch them live. All that was about to change at Bitterzoet, an alternative venue in the Red Light District of Amsterdam.

Little Hours opened for Hudson Taylor with a handful of acoustic songs. Little Hours (or John Docherty) was unabashedly humble as he spoke of his excitement for being in the Netherlands for the first time. Armed with just his guitar, he took us on a wonderful introduction to his music.

I loved how he took the time to explain the origins of each song, and by the end of the set I felt I had truly connected to John on a personal level (I promise it wasn’t just the charming Irish accent).

Hudson Taylor took to the stage and Little Hour’s melancholy crooners were replaced by an upbeat, electric two hours of music. The boys held the stage like the seasoned tourers they are, keeping the audience completely hooked with their variety of old and new songs and sneak peaks at their upcoming album, Run With Me.

This was my first time going to a gig alone, and I was slightly nervous about feeling out of place – but Harry and Alfie managed to create a very comforting sense of community in the small venue. There were frequent singalongs, some lighthearted rambles between the boys as they tuned their guitars, and, of course, some cracking Irish wit.

Seeing Hudson Taylor live gives you so much more than their already brilliant studio albums. Like a modern day Simon and Garfunkel, the brothers are extremely in sync together. The boys and their band members improvised and added new instruments such as recorders and harmonicas to tried and tested tracks.

Going into the gig, I was expecting a Mumford and Sons vibe, a slightly ‘twee’ event if you will. But Hudson Taylor is simply cool. They danced like Springsteen across the stage and were clearly very passionate about their music – without ever straying into the ‘pretentious’ area so many folk artists fall into.

It was clear they were excited to be in Amsterdam and were impressed the Dutch audience were able to keep up with their astounding energy. Glancing behind the scenes, I caught the sound technician working his way through a bag of stroopwafel in between songs.

Travelling alone has an abundance of benefits, but the feeling of loneliness is easy to experience when you’re in an unfamiliar place alone. But tonight with Little Tours, Hudson Taylor and their wonderful fans – I felt more connected with Amsterdam than I had all day.

Catch Hudson Taylor live at TRNSMT Festival 2018, and make sure to check out their new EP Feel It Again, out 23 March.

Find Little Hours at King Tuts, Glasgow on April 19th, and listen to his new album Later On available on Spotify.