Returning with a new album, Always Ascending, Franz Ferdinand prove that they still are here for the party at their homecoming gig.

Despite changes to the band, which is now a quintet, Franz Ferdinand holds a new matured, but still distinctive, sound which continues to pack a punch. Opening with their latest single, ‘Lazy Boy’, they got the crowd jumping to life before delving into their much loved classics, ‘No You Girls’  and ‘Do You Want to’.

After the departure of guitarist Nick McCarthy, bassist Bob Hardy admitted in an interview that that they felt like a new band and had to find a sound that suited the new line up. The band’s previous worries was wasted as Lead singer, Alex Kapranos looked right at home on the Glasgow stage, bringing the charisma Franz Ferdinand is known for. Maybe it’s because Alex stood out in his new look with a white shirt and black tie with peroxide blonde hair, or because half the band contains new members, but the lead singer stole the stage and made it his home. He jumped about, showing off the new moves that accompanied the new disco-synth sounds of the new album. He had the crowd in the palm of his hands, as everyone sung back to him at his demand and raised their pints at the Buckfast reference in ‘Huck and Jim’.

Strong silhouettes were made thanks to the impressive lighting that kept to the colour scheme off their new album. With purple and red tones, the lights became almost like another band member, complimenting the music and the band.

One criticism that has to be mentioned was the unfortunate sound quality of the venue. Not blaming the band, but when Alex was giving a, “do you feel alive, Glasgow?” speech, words were lost and the drums seemed to overpower the vocals at points. This was more apparent during the supporting act, Albert Hammond Jr, where the majority of the leading man’s vocals were drowned out by the instruments.

The energy of the crowd flowed through the entirety of the set list with mosh pits forming as the songs reaches its climax. The floor was shaking with ‘Take Me Out’ as everyone jumped in unison and came together in celebration during the encore with ‘Ulysses’, knowing that the indie band that soared to success was still alive. The classic Scottish anthem of “Here we f*cking go!” filled the venue in full appreciation for Franz Ferdinand. While Alex and his band gave us a night to remember, the crowd gave them their homecoming. Welcome back! 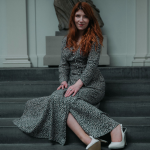 Our Story Scotland: A national legacy