She is a second year student at the University of Stirling. She is a gold and silver medalist in swimming, top two in her division in the U.K. She has participated in three marathons: one in London, and two in New York. She has been featured in the Falkirk Herald, skydived for charity, and met royalty. Jill Hendry has achieved all of these things, and she is blind – so? 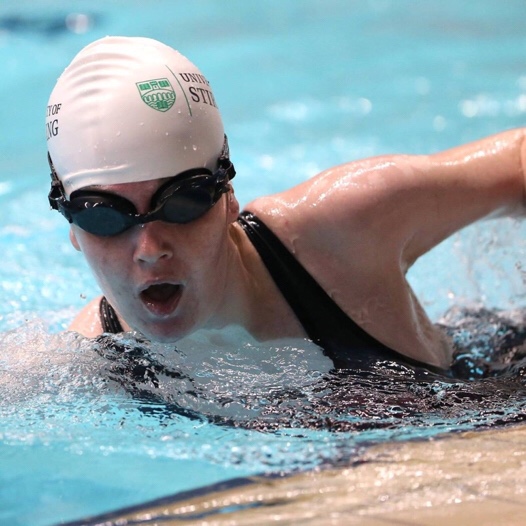 The word disability is becoming broader, and with the broadness comes an ambiguity: should we re-evaluate its significance? It seems that doctors will consider any functional anomaly a disability. Yet a disability does not define a person, nor hover over a person, unless others make them feel they are different or undeserving of the same things that people without disabilities are entitled to, or can experience.

Luckily, the world today makes things possible for the blind, and the disabled in general, but we still have a long way to go as far as changing our preconceptions about the word disability.

Her story will test your boundaries and challenge your preconceptions about disability. This will not be your ordinary interview about how hard it is to be disabled – it is about how disabled people, like Jill, are fighting the stigma. If you are not interested in the spectacular story, jump to the end of this article. 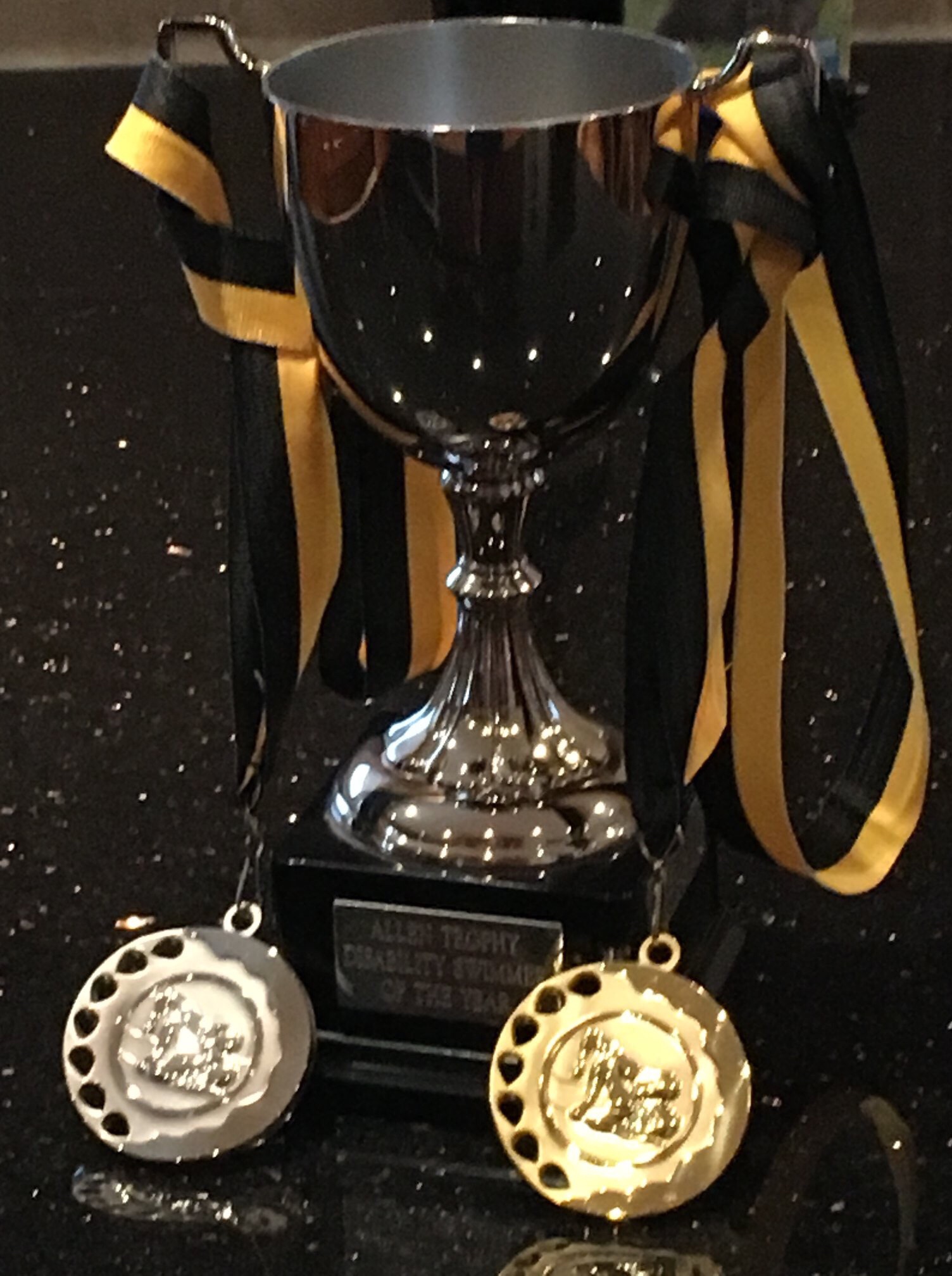 She described it starting with eye-itchiness, after which she gradually lost central and peripheral vision. She was given one of the most difficult, life-altering and fate-changing prognoses – or so one would think, and although not all with this diagnosis go completely blind, Jill did. However, she has managed to make it her own new type of normal.

Her type of blindness is connected to the rod and cone cells of the eye, which actually affect the imagery in her brain. In the beginning, she would see mixed up colours, and shapes would be all wrong. She now dreams vividly, and her cells send incorrect images to her brain – a reported side effect of RP.

She says that the symptoms are quite unsettling, but during the interview she was not adamant about explaining what was going on in her head, but rather relating to the outside world as undefined by her disability. I’m not sure she can be described as disabled, although she can probably smell if you have bad breath from a meter away, so she might have special abilities. 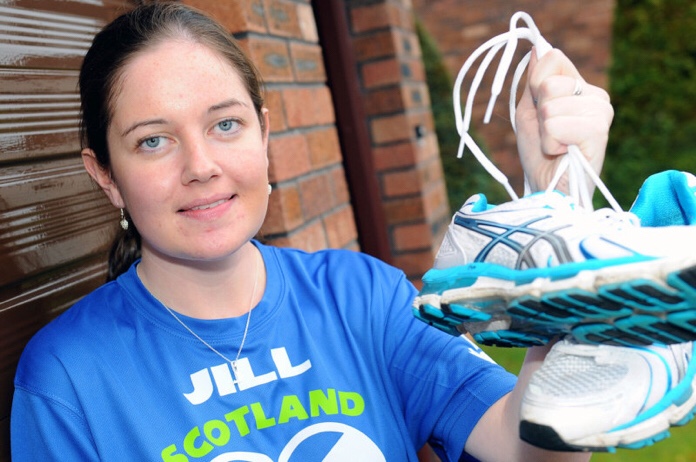 After the first article about her in the Falkirk Herald in October of 2011, Jill has made a lot of progress. She has raised, and continues to raise, money for Retinitis Pigmentosa (RP) research, the Royal National Institute for the Blind (RNIB), Guide Dogs, kidney research, and Cancer Research by skydiving, fundraising, and running marathons.

She is second on the leaderboards in division S11 (completely blind) swimmers in the UK. This past December, she won the swimmer of the year award, in addition to gold and silver at the Stirling Swimming Club Championships. The Paralympics are not too far out of sight for her. You may think that using the word sight was a bad choice, and that I am crossing boundaries, but no eggshells were broken in the making of this article.

During my interview with her, we laughed a lot. When she walks into walls, she laughs. She has walked into a pole, and tricked a blind friend into walking into a door because he let her walk into one. Jill says it is not too bad to walk into things, as she can take it with a laugh, but there are limits.

It is not very funny to have people want to punch you just because you can’t see them coming; Jill experienced this kind of bullying in school, but luckily, her friend stepped in to stop the culprit. Let’s just say the boy might have needed a bag of ice. 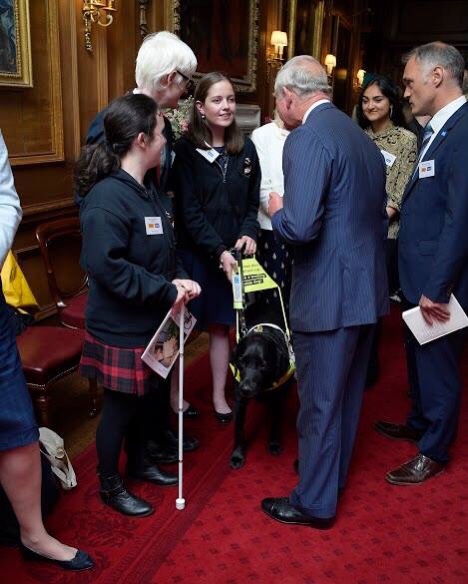 Her guide dog, Bazil, adored by the Duke of Edinburgh amongst others, was sadly retired in November. Jill has fallen over Bazil several times in the dead of night, and he had a peculiar fondness for my shoes. You may have seen them walking around campus.

Upon asking her what she would do after Bazil, she suggested I be her permanent guide – just kidding, I have things to do (like skipping every single lecture). She will keep Bazil, and hopes to find a new guide dog soon.

As Jill has experienced, it is not an easy process to get a dog approved to be a guide, so she is using a walking stick at the moment, which is difficult. However, she feels Stirling has a very disability-friendly campus.

Including Bazil, Jill has more friends than I do – note: I have five friends in total, and one of them is named Cabernet Sauvignon. She stays up to date with the newest technology which allows her to write by audio recording, and still aspires to do more, such as learning how to ski again.

Her achievements and aspirations would be impressive, even if she were not by society’s standards: “disabled”, and I think this should make us see disability differently. 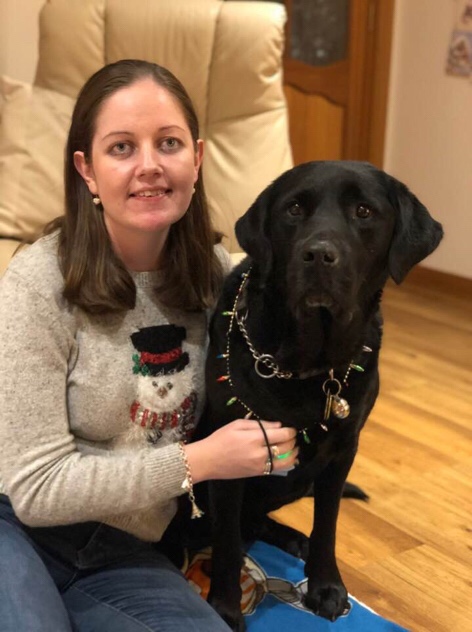 When all is said and done, this is what she wants us to know about crossing that boundary to getting comfortable with a visually impaired person:

You don’t have to be awkward around her, or ignore her. According to Jill, it is actually easier for sighted and blind to communicate than for blind and blind to. Don’t think too much about how to approach, and just do it – if the blind need anything, they will ask. Jill does say, you might want to introduce yourself and touch their arm briefly so they can know who they are speaking to, and where you are.

Jill doesn’t mind telling her story, but it can be tiring to be asked when you just want to talk, so I brought it to you, hoping I did it, and her, justice.

Let us work to change the stigma around the word disability, because changing the way we say things is key to changing how we view them.

Welcome to my hectic, mixed world. I lack bias like it is a disease. Former Editor at Brig Newspaper, Psychology & English student, autoimmune.

Welcome to my hectic, mixed world. I lack bias like it is a disease. Former Editor at Brig Newspaper, Psychology & English student, autoimmune.