I was lucky enough to get the chance to speak to bass guitarist Dec Hart from the band Lower Than Atlantis.

The band have been together for eleven years and have recently released their fifth album, titled Safe in Sound.  Following a three year break from music, Hart commented that the band were “always writing” and mentioned the covers album that the band released in 2015.

Inspiration for the album wasn’t hard to find, according to Hart, as he described that “nothing specific” created the album but it was what life had been throwing at the band during their years off.

When listening to the new album, Safe in Sound, it wasn’t hard to tell that there was a clear difference in sound when compared to previous albums.

Hart explained that there 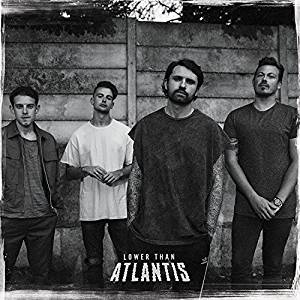 was no conscious decision to change the sound, but it was an influence from all around, no particular band encouraged the change.

“We always try to mix it up, we don’t want to give the same thing over and over”. Hart expressed that there are so many genres within the band’s sound that it is impossible to fit into one.

The band have been touring for over three months all over the EU, but Hart agreed that one of the bands favourite places to play is a little closer to home than Germany and Spain. Glasgow and London were at the top of his list for “Sick places” to play. I have to admit, I am not surprised.

It wasn’t hard to hear the passion in Hart’s voice when he was talking about touring with his band and pals: “It’s the end goal, playing music to our fans, its sick isn’t it? I get to play in my favourite band.”

The first single from the album Work For It was released in 2016, just before the album in 2017. When asked how the band came to the decision to pick this song as the first in three years. I got a very simple answer: “It was finished first”. The plan for the album was to work with what they had, when they had it. It was a “curve ball” for fans to have a heavier song released first, explained Hart.

Finally, I asked Hart if, given the opportunity to collaborate with any band/artist/genre, what would the band be willing to do? His answer followed the rest of the interview: it would be “out of the box”, something “a little different”, and something to keep fans “on their toes”. I was intrigued at this point as Hart proceeded to reveal that he would suggest a DJ or techno artist would be his choice. It’s a bit “far fetched”, he said, but after chatting to a few DJ’s that I know, it wouldn’t be so hard, so if the boys in the band want any connections they can get in touch.

University redevelopments: will they shine up the wellbeing services too?