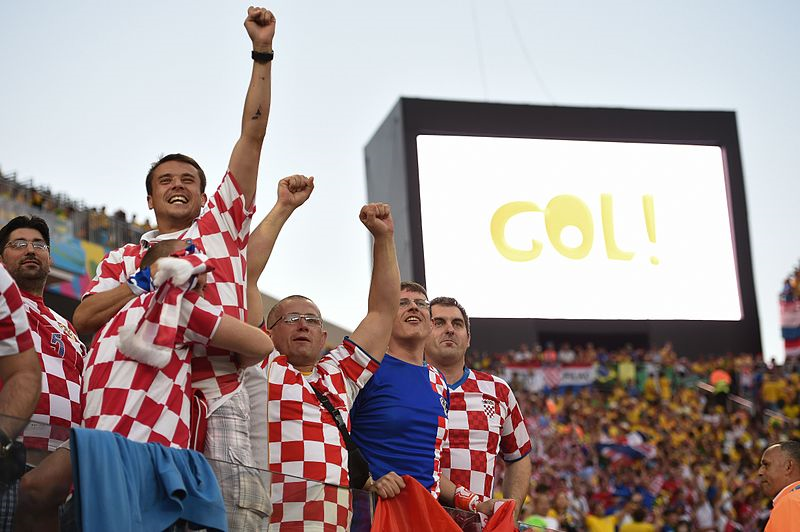 The 2018 World Cup is approaching the knockout phase, with many of the favourites struggling to get out of second gear. A Toni Kroos wonder strike saved the current world champions from the brink of elimination and pre-tournament favourites Brazil needed two stoppage time goals to prevent their second consecutive draw. One of the first teams to secure qualification from the group, in breath-taking fashion with the destruction of Argentina, is Croatia.

The European side are by no means minnows of the International stage, but few will be giving them a realistic chance of going all the way. After recent performances their bookmakers odds of them lifting the trophy have shot down, dropping to as low as 15/1, shorter odds than current European champions Portugal.

They have topped arguably the hardest group of the tournament, without conceding a goal thus far. The greatest player of all time seemed to go missing against them, and whilst there is undoubtedly unrest in the Argentinian camp, credit must still go to the Croats for making World Cup finalists appear to be so average. They also kept the Nigerians quiet in their opening fixture, who went on to show their attacking capabilities against Iceland. They haven’t shown any signs of stumbling thus far, against respected opposition, whilst others are crawling past much weaker sides.

They are a team of quality, not individuals. Every single Portugal goal of the tournament so far has been scored by Cristiano Ronaldo, Argentina’s demise is being placed on Messi’s shoulders, Salah is having his abilities questioned for bowing out with Egypt. Croatia have quality throughout the pitch, with most players being at a giant European club. Names that you will recognise from the biggest stages in club football fill the team sheet, yet, not one person is cursed with the burden of responsibility when things aren’t going to plan. This team spirit of equality and togetherness may be a big factor in allowing them to go far in the competition, with the lack of negative pressure allowing them to play more freely.

Being underdogs is a major advantage. The on looking world has no real strong expectations of Croatia to reach a certain stage in this tournament, thus allowing them to avoid succumbing to pressure. The pressure that the English media place on their team has had massive detrimental effects on the performance of their teams over the years, with some of the most talented squads that their country has ever produced transforming into colossal flops after being unable to deal with the weight placed upon them. This allows the country to play their own way and go full-out at teams, fearlessly.

Overall, they have proven they can score. They can defend. They have a world-class spine. They have a fantastic team spirit. They have all the qualities required in a major tournament. This may be their chance to take advantage of other teams struggling to find their fluidity and be the best opportunity to lift the biggest trophy of them all. Come July 15th, do not be surprised if the men in the iconic red and white chequered tops are celebrating the ultimate prize.

Fifty years on, Brig talks to Stirling's first ever graduate