Since the events cancelation, a series of concerts surfaced across the predicted show date of the 22nd and 23rd of September. These new gigs taken place at the Winncok in Loch Lomond.

Other venues featured acts during afternoon sessions organized by Stephen Scott. The Drymen Inn, The Clachan and the Buchanan Arms featured acts such as Inis Fada, Tommy Weir, Unstoppable Flying Raincoats, The Zips and more.

Tickets to the event cost £10 for the Dave Arcari and Have Mercy Las Vegas acts. Tickets went on sale at the Winnock on Monday September 22nd. The venue has a capacity of 150.

Loch Lomond Live was canceled because of an issue in getting a venue for the event. The event was initially meant to be held at the Show Field in Drymen on the 22nd and 23rd September but following “unforeseen circumstances,” according to the events Facebook page.

“Sadly, due to unforeseen circumstances, we have been unable to secure a replacement venue for Loch Lomond Live, and we are disappointed to announce it will not be going ahead.” Said the events Facebook page. “Full refunds are available from the point of purchase. We apologise for any inconvenience caused.”

Organisers for Loch Lomond live initially predicted the event would take place at the Highland Games field in Luss but days later the landowner for Luss Estates announced that no formal agreement had be made with the venue and that it would not allow it to be held in the village.

The change to Drymen followed soon after before the events complete cancelation. Loch Lomond Lives Twitter page @lochlomondlive has since been deleted.

Further information on the event can be found online at the Loch Lomond Revived Facebook page: 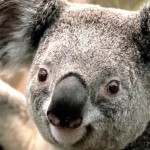