The event was brief and hurried, with the Minister for the Cabinet Office sweeping in and out within fifty minutes. Mr David Lidington, who spent six years as the Minister of State for Europe in David Cameron’s government, sought to assure and advise non-UK EU students and staff of their status following Britain’s exit from the European Union, as well as to inform attendees about the broader implications it would have on the academic world.

“People who are already in the United Kingdom will retain, under the withdrawal agreement, the rights that they already have,” he said, adding that these guarantees will continue for anyone who arrives within the implementation period for the Brexit agreement between the 29th March 2019 and the end of 2020. From that point on, new arrivals will be subject to a new immigration policy, the details of which will be revealed in an upcoming white paper, the Minister said, adding that he hopes for some kind of agreement that allows people to ‘travel freely for tourism and temporary business activity’. Furthermore, even in the event of a no deal scenario, Mr Lidington assured attendees that “‘anyone here, at the date of exit, will have their rights reserved”.

The Minister laid out some details of the government’s plans. “There will be a requirement to register [for settled status],” he said, contradicting his earlier assurances that rights would remain unchanged. The government is currently working on an electronic system of registration, he said, reminiscent of the scheme that was rolled out for Universal Credit, and will cost “about the same as a passport”. Settled status requires five continuous years of residency, however, students should not worry unduly about this if they do not have this, as “if you are here exercising treaty rights at the date of the UK’s exit from the European Union and you haven’t made up your full five years, then you can stay on for the further years and acquire those rights.”

The Minister also discussed his hopes for a future relationship with the European Union, speaking positively about Britain’s future in EU initiatives like Euratom (a nuclear regulatory treaty) and Horizon Europe (a €100bn scientific research fund), as well as the Erasmus+ exchange program, but ultimately admitted that the details of that would be left for post-Brexit negotiations. Controversially, he made it clear that the UK would contribute funding for these programmes, contradicting previous statements by the Prime Minister.

Despite all these reassurances, Mr Lidington was evasive when asked how the government could make any guarantees. With Theresa May’s government looking increasingly wobbly, the Minister didn’t address the elephant in the room – all this reassurance relies on her hard-won Brexit deal not bringing her government to the ground. All Mr Lidington could do was repeat his hopes that his party would fall in line. 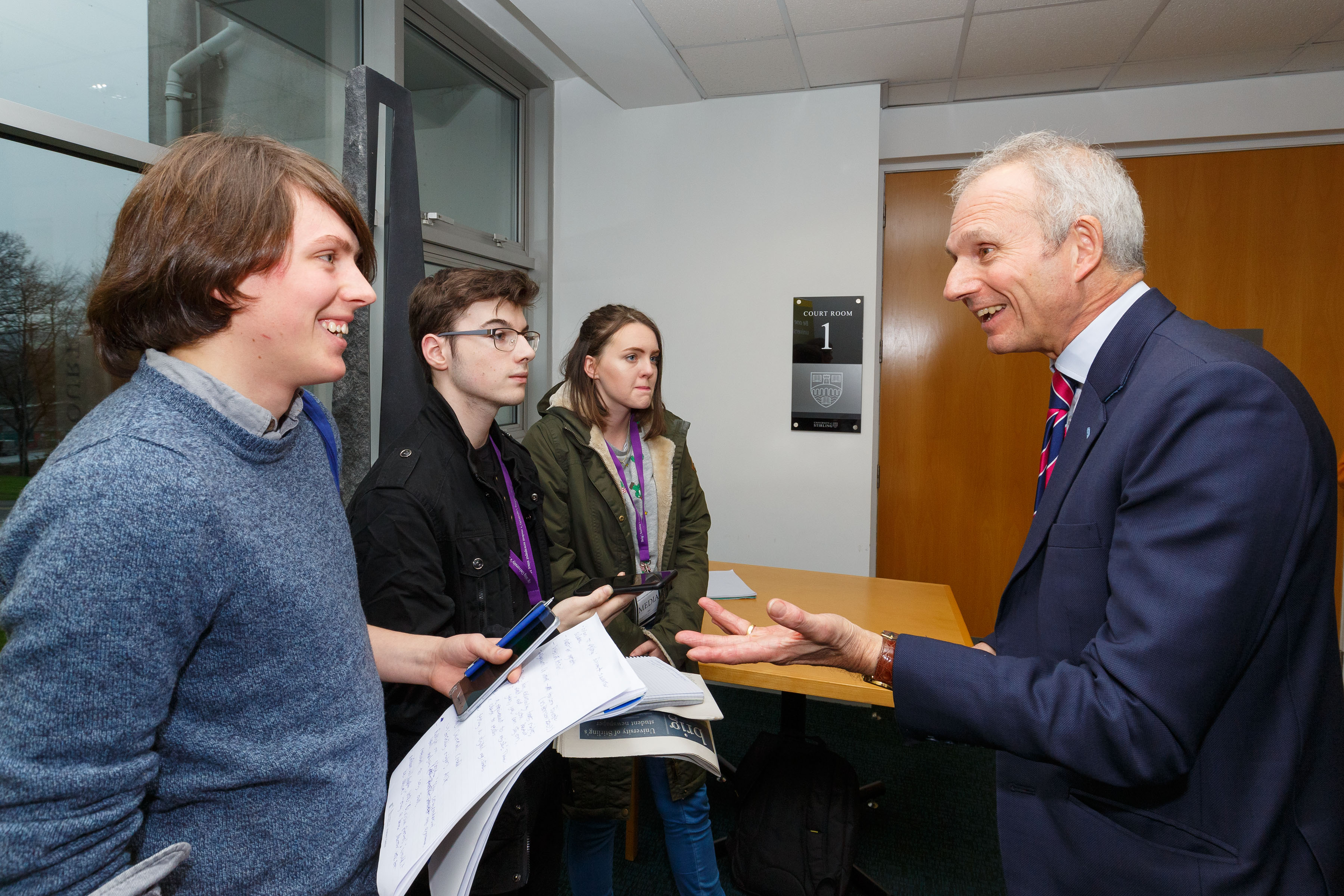 Lidington was evasive of Brig’s questions about the stability of May’s government Credit: University of Stirling

All this left attendees far from fully satisfied. The short length of the session meant that after Mr Lidington’s speech, only four questions were answered. Second-year Business & Management student Jenna Hovi, from Finland, criticized his “overly political and long” responses, and noted that “only one of these questions was presented by a current student.”

“Everything else was just about second referendums, which is interesting, but not what I think this meeting should have been about”.

First-year economics student Dimitrios Terzis was also concerned that there wasn’t enough discussion on what a no-deal Brexit might mean, though he still felt that much of what was discussed was “quite important”. 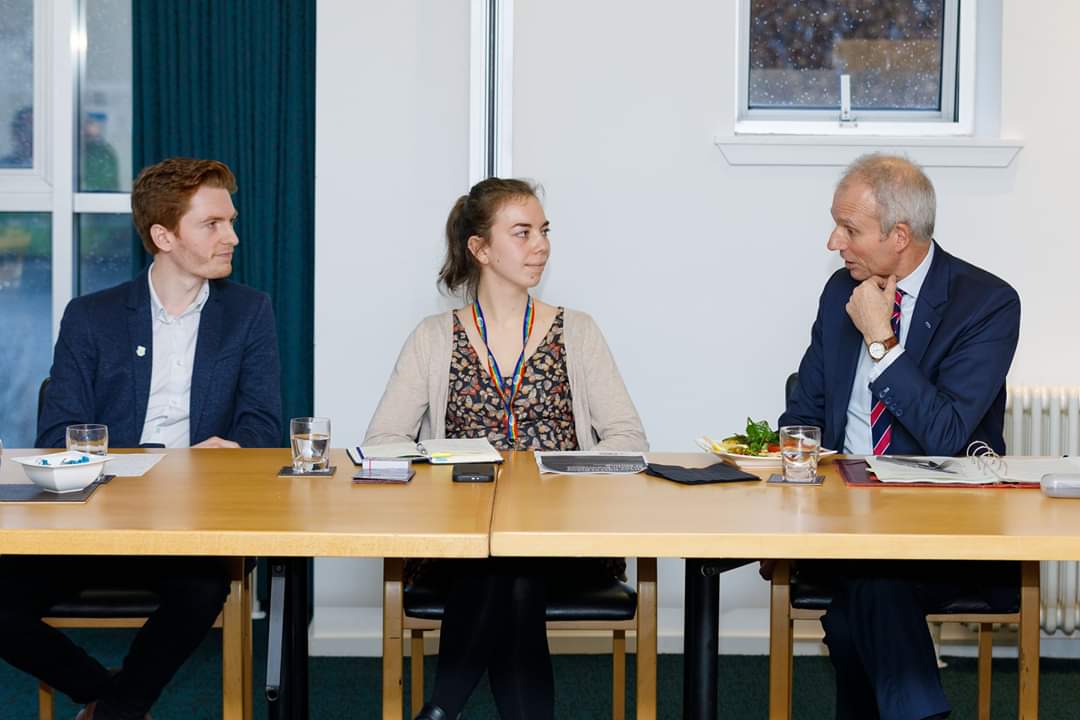 Staff, too, were ambivalent. Professor Holger Nehring, Chair in Contemporary European History, was heartened by the government’s attempts to assuage the concerns of EU citizens, but felt that their efforts came far too late.

“The damage has been done,” he said, adding that the government, until now, had not shown the leadership he believed they should have in welcoming EU citizens, and, in fact, had gone out of their to do the opposite.

Dr Alenka Jelen-Sanchez, Senior Lecturer in Communications, Media and Culture shared his concerns. While she felt that much of what Mr Lidington said was “very reassuring”, she also felt that some of the details were “problematic”, with some inconsistencies with previous statements. For instance, regarding the registration requirement:

“He talked about registration, whereas in reality it’s an application. There’s an important difference between the two.”

She also was concerned by his emphasis on ‘treaty rights’, as “one of the treaty rights is that you have to be in employment in the past three months”. In other words, if the government is falling back to treaty rights, that actually represents a significant break from a previously more liberal approach.

“Vulnerable groups are probably going to be affected,” she said. This is particularly of concern for graduating students, who may struggle to find a job.

She also felt, while she understood that ongoing negotiations made any concrete commitments difficult, that the university had not done enough to reassure staff either.

“Other organizations have done more. I don’t think there was a real awareness of how non-UK EU staff are actually affected – and we are just as much to blame because I don’t think we voiced it enough. Other universities such as Edinburgh and Glasgow have committed to cover for the fees of settled status, and Stirling has not done that yet.” 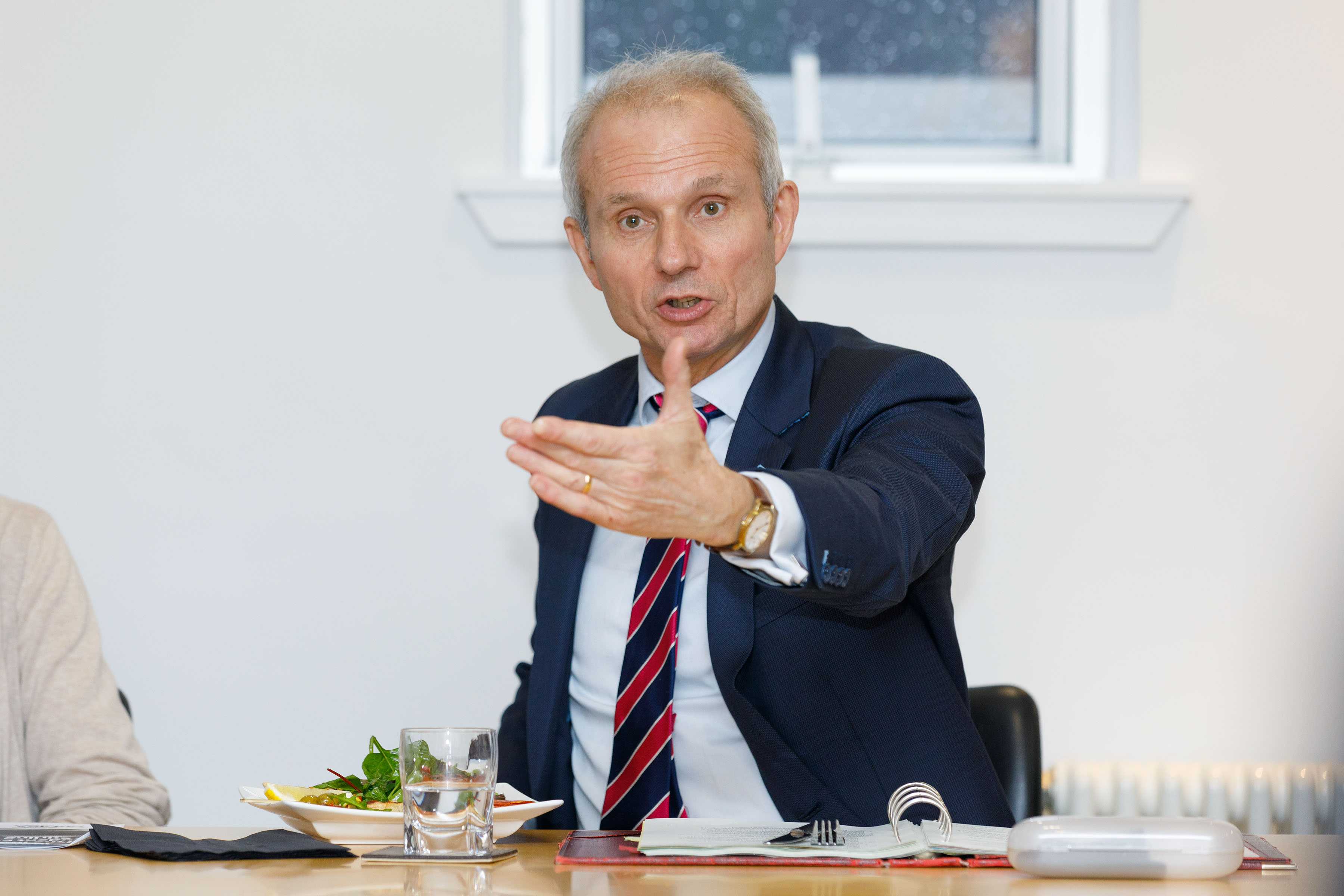 Many attendees were left unsatisfied by Lidington’s response Credit: University it Stirling

VP Communities Jamie Grant summed up the general reaction to the event. “The Prime Minister’s de facto deputy, David was well placed to address the questions of concerned staff and students surrounding the Brexit process. Unfortunately I don’t feel on this occasion he rose to the challenge.”

I fasted for a week

Body Talk, or: The Importance of Being (not so) Little Women