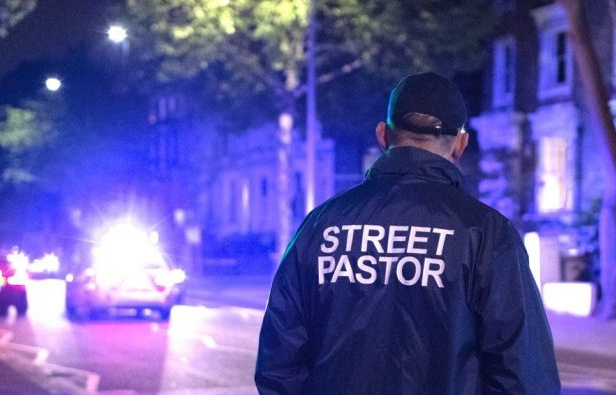 Morag Hendry, 42, gives an insight into “her calling” as a Street Pastor and the work she does.

As one of Stirlings Street Pastor volunteers she has been praised by locals who stop her in the street thanking her for helping and even “saving their life.”

Morag became a coordinator for the Street Pastors a short 11 months ago after admiring their work. She is now one of our local heroes, working at all hours of the day and night.

She was “keen to live out her own Christian faith” working for this charity because they have such a positive impact locally. They serve God in a “practical manner” sometimes as simple as handing out flipflops or water to someone without. Morag wants to be “a listening ear, we have time to listen, care and help.”

Working in the dark hours of the night together, Street Pastors aim to help anyone vulnerable and in need. Morag believes the hardest battle they face is homelessness.

“There are sometimes people who sleep rough on the streets and it can be a challenge to see a way through all the processes and steps required to get them off the streets at night” says Morag.

Stirling Street Pastor organisation began in March 2009 in response to such a high number of vulnerable people at night in many different ways.

The first group started in London in 2003, and after they became clear danger prevention at night, the Street Pastors expanded rapidly all the way to Stirling. It is a great part of Christian Churches and has the ability to make a difference.

Morag explained that street pastors work with police, council and CCTV. They are on the same radio station as club bouncers and are radioed in when necessary.

Sergeant Robert Russell says they are a “valuable asset” who provide a “noticeable difference” especially during freshers and weekends.

The clubs in Stirling are a “key partner” for Morag and other street pastors to help at night, they are able to give them as much information as possible to help people.

Donation numbers can be found on their website as they need support to continue helping Stirling and other places around the world.