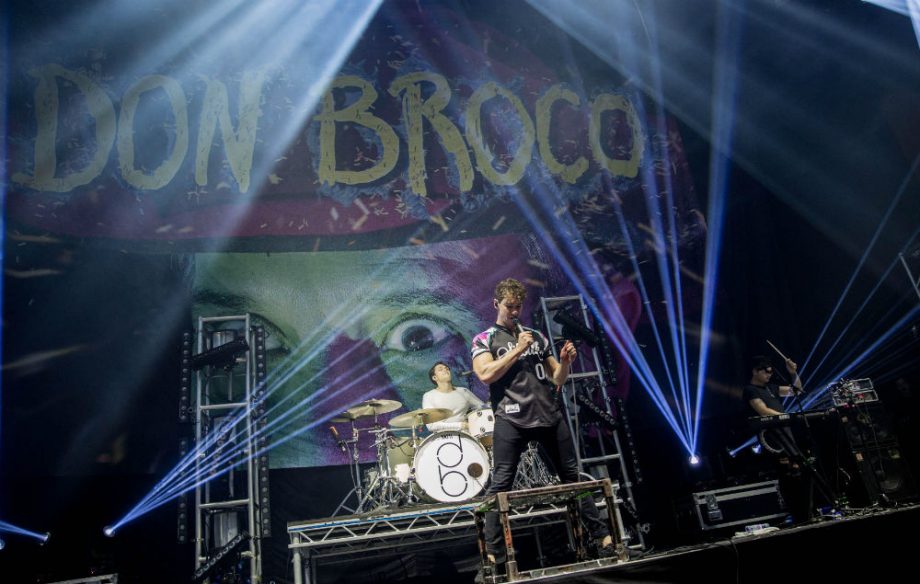 Credit: NME.comTheir 2018 album Technology scored DON BROCO some mixed reviews from critics. A personal favourite of mine came from Q – ‘if you and your broskis are after the perfect soundtrack to a white stretch limo ride on a Friday night, this is it’. After seeing them play in Usher Hall, I’m left with no choice but to agree. They were the epitome of ‘pop-punk lads’, overly energetic, explosive and all too good at hyping up the crowd – and I loved every second of it.

For the second time in the space of two years, DON BROCO came to Scotland, this time stopping in Edinburgh and bringing along the American metalcore band Issues and Welsh pop-punk powerhouse Neck Deep. The first half hour of the show proved to be a good introduction to Issues, a band most of the crowd seemed to be unfamiliar with.

When Neck Deep burst onto the stage, however, it seemed like everyone knew exactly who they were. With the venue almost filled, they wasted no time in smashing through a setlist of their biggest hits, including ‘Kali Ma’, ‘Can’t Kick Up the Roots’ and ‘December’.

After a short wait, DON BROCO exploded onto the stage with the familiar energy anyone who’s seen them before will recognise as they launched into the opening song, ‘Come Out To L.A.’. Their set started with a bang and no energy was lost throughout the whole show, as the crowd belted out fan-favourites like ‘Greatness’ and ‘Priorities’.

Towards the middle of their set, they pulled out all the stops. As singer Rob Damiani leapt into the crowd, a familiar face appeared on stage – the blue denim-clad cowboy from all the music videos released from Technology, doing his signature dance.

They blasted through the rest of their setlist, including older hits like ‘Priorities’ and ‘Automatic’, until the encore, when they debuted their new song ‘Half Man Half God’.

While the song was met with mixed reactions upon its release last month, there’s no denying that, when played live, it’s an in-your-face, on-your-feet rock anthem that’s almost impossible to enjoy.

After a quick trip down memory lane as they played their first ever song, ‘Thug Workout’, they closed with ‘T-Shirt Song’. The end of a DON BROCO show is like nothing else I’ve ever seen – hundreds of t-shirts flying through the air and an onslaught of crowdsurfers being pushed towards the stage.

DON BROCO put on a show like nobody else, and this one was no exception – they did not disappoint.

Loving another person is some form of rollercoaster ride

EXCLUSIVE: Maisie Williams: "We are connected, we are aware and we are the future!"

Meet Me @ The Altar are the new faces of pop-punk