Being a vegetarian in the UK doesn’t present too many culinary difficulties. You’re limited to about three options at any given restaurant, but that’s as bad as it gets. Taking a trip abroad, however, is where things get complicated.

I’m actually pescatarian, a veggie that eats fish as well. I deduced by about age six that it’s much easier to introduce yourself as a vegetarian, to avoid the onslaught of inevitable questions. I was just raised that way; let’s move on.

The language barrier is one of the biggest problems, leaving your dining experiences dependent on how tourist-friendly said place is. Barcelona didn’t present too many difficulties. 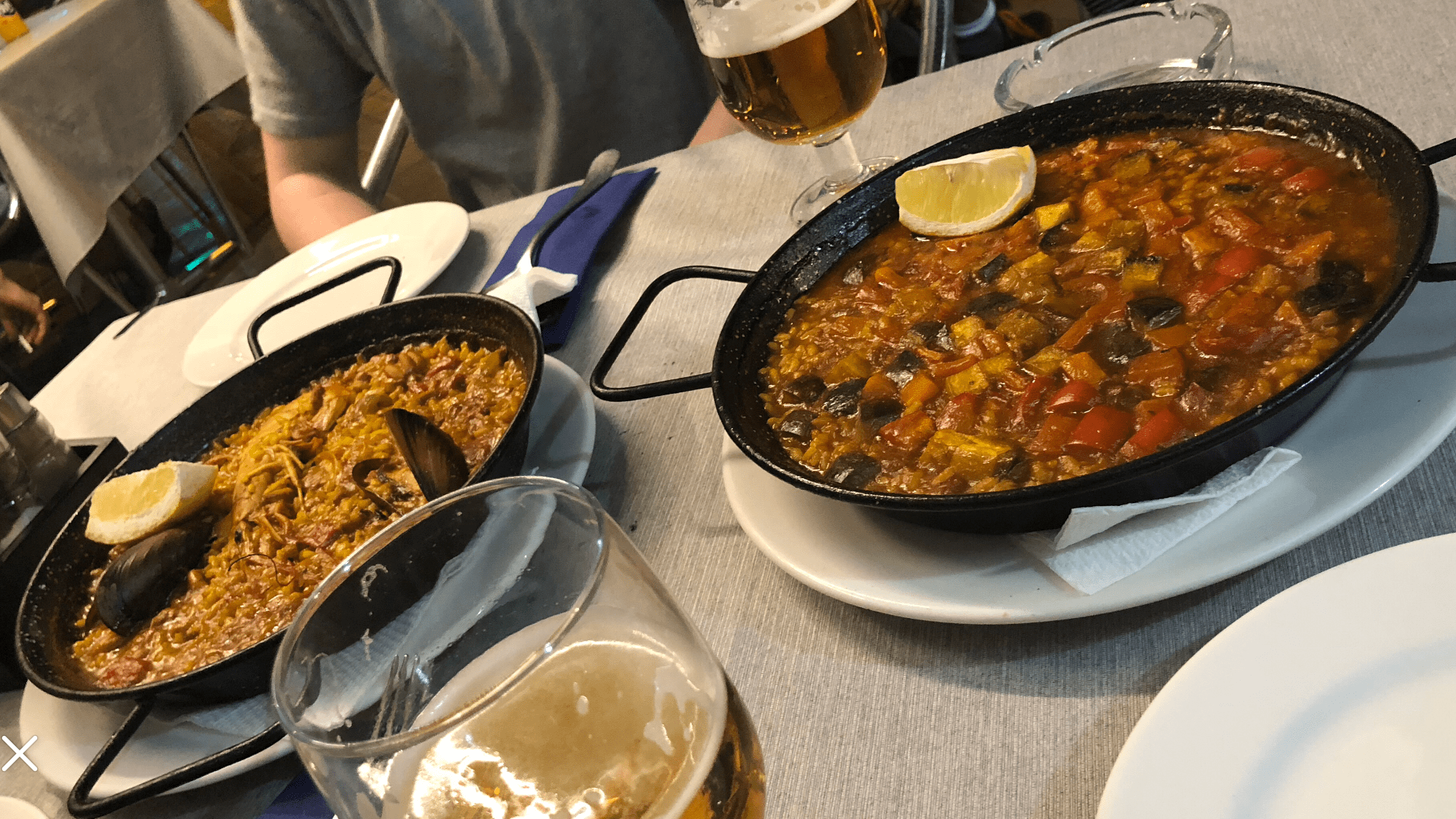 You’d therefore expect that anywhere synonymous with fish-based foods would be easy enough to navigate, but no: queue Japan.

Tokyo is one of the most incredible places I’ve ever been, but oh my does it not accommodate to tourists. The people do – I lost count of how many friendly faces pointed me (literally) in the right direction – but in terms of signage, and especially for restaurants, I soon discovered that I was on my own.

While this wouldn’t be too bad for a regular traveller, being a pescatarian presents another challenge as you can’t simply pick a random item on the menu and order it. With a good 95% of food outlets not containing any sort of English translation, it’s a game of dietary Russian roulette that you cannot lose.

Being a pescatarian in Japan required three steps. First, find somewhere with an English menu. Then, find somewhere that serves fish or vegetable-based items. Finally, hope with all your soul that it’s good.

Food in Japan is just very different. Incredible and exciting, but different. I was making effort to sample everything, and I had some of the best food of my life there. Some of it was a little harder to get used to though, and one venture in particular I will never forget.

It was about 36 degrees, and I’d been traipsing around the busy streets of Harajuku for hours. I began looking for a place to eat, following the three steps, and eventually found an English menu. The roasting heat had drained me, and I just needed to relax for a minute and eat.

I go in, sit down, and scan the menu until I find the sole meal I can have: a salmon and avocado rice bowl. It sounds okay, it looks nice, and I’m eager to taste the culture. Itadakimasu!

Never before, and never since, have I been more traumatised by food. Though I should’ve expected it, the avocado and salmon were raw. Sushi in Japan is very different to our westernised version, and I was struggling to get this down.

I gave up after a few pieces, instead digging down into the rice portion below. To my dismay, it was also coated in some form of fish sauce. I ate as much as I could (which was not a lot), requested the bill, and left, forever changed.

I don’t regret it though, as it’s all an experience. The hard part is knowing that I probably passed by lots of amazing food because I couldn’t take the risk.

The language barrier isn’t the only issue though, which was brought to light when I visited the east coast of America. Food is a massive part of any country’s culture, and experiencing the taste of a foreign land, regardless of cliché, is always exciting.

I researched the “must try” foods, and some, like New York pizza and bagels, were entirely awesome. Hot dogs were also on the list though, and street meat, or cheesesteaks in Philadelphia.

It sounds crazy to complain because, as a pescatarian, none of these foods actually sound appealing. But not being able to fully embrace these amazing city’s cultures was disappointing.

Despite all this, a blessing was found in my spiritual home of Miami Beach. Due to a large Jewish community, chains in the Mid-Beach area are all vegetarian. Veggie-bacon, veggie-burgers, veggie-everything. Being able to walk into a restaurant and choose anything from the menu: what a concept.

Thankfully, the world is becoming more considerate of different dietary requirements, as vegetarians and vegans are even more restricted. I would never give up being pescatarian, and I’ll never stop travelling to new places, but the two can clash at times.

Elevate your roast veggies this June

The 2019 Cheltenham Festival witnesses its finest hour ever.

Bremain in Spain to join People's Vote march in London