In the centre of Edinburgh, the Usher Hall has hosted many big names such as The Script, Richard Ashcroft and Hozier.

Crowds of eager teens gathered on those famous front steps, hours before the DMA’S were scheduled to take the stage. They flooded in the doors and filled the concert hall with enthusiasm and excitement.

The chanting began long before the boys took the stage, only to be amplified when Johnny, Tommy and Mason of the DMA’S strutted on to the backing track of ‘For Now’. The likeness to Brit Pop legends such as the Gallagher brothers is obvious. Tommy is subtle in movements yet is able to set the crowd alight with emotion. 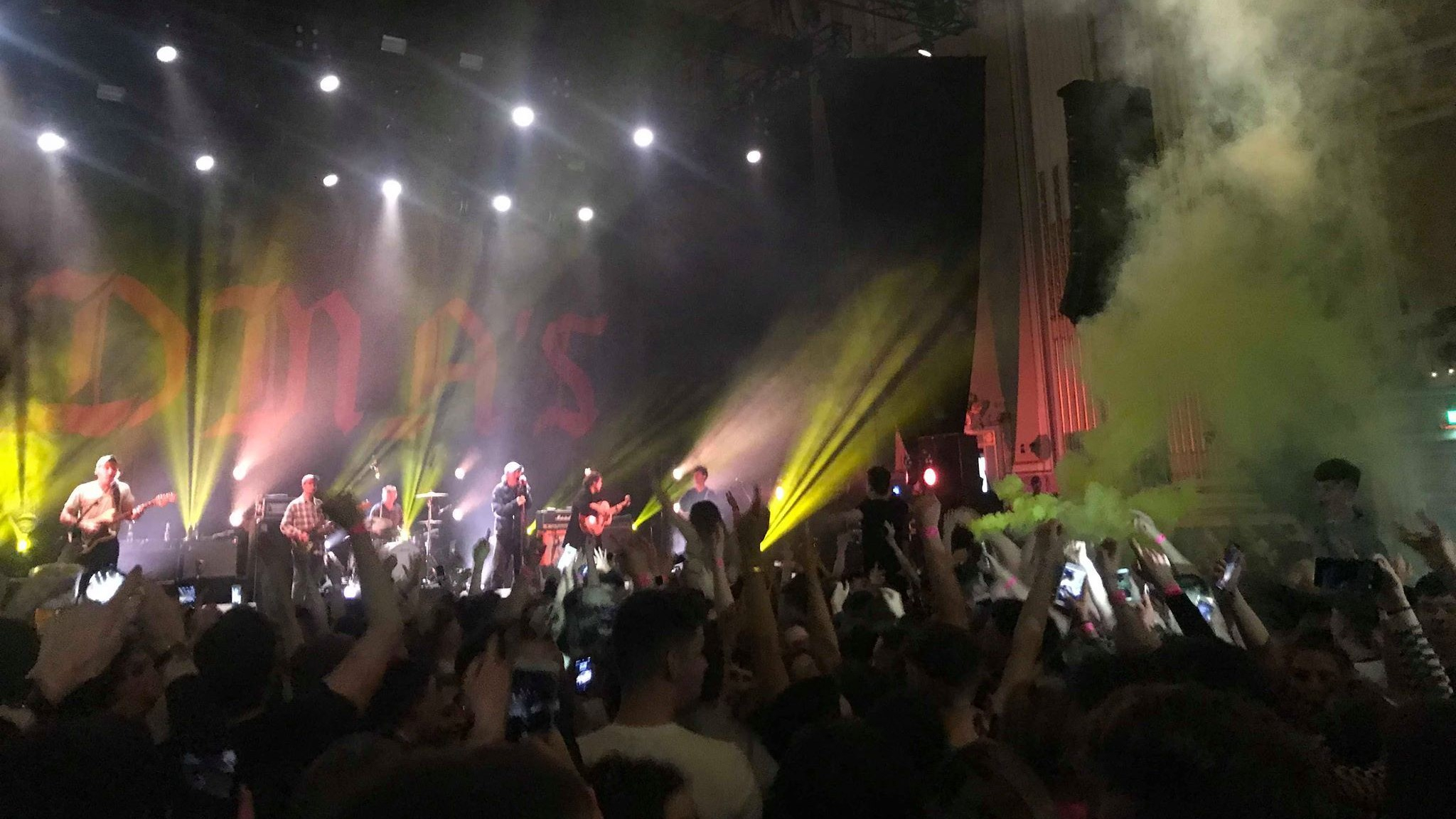 Yellow, green and red smoke fills the air as smoke bombs are set off in a crowd of moshing fans.

The three leads are joined by lifelong friends to complete the touring band that is the DMA’S.

The perfectly sought out set list created an atmosphere of joy and nostalgia as they played songs from most recent album For Now, such as ‘Dawning’ and ‘In the Air’, followed by songs from their debut album Hills End including ‘Melbourne’.

From start to finish the audience danced, sang and chanted with every song, including an acoustic version of ‘The End’; there was no holding back, it was relentless.

The lack of conversation from the band to the crowd was noticeable however, it worked in their favour as it only encouraged fans to continue to sing and celebrate after every song. In between choruses and versus, lead singer Tommy O’Dell, treated fans to some small dance moves, not dissimilar from your uncle at a wedding.

A small break followed as the boys left the stage only to return to an even more hyped crowd, with an encore that did not disappoint. The screams were met with fan favourites ‘Tape Deck Sick’ and ‘Feels like 37’, there was no sign of slowing down, however the clock ticked on until curfew.

One final surprise left everyone wanting more from Tommy, wrapped in a saltire flag, the roars of ‘Lay Down’ could have been heard from Edinburgh castle. The final instrumentals were played by Johnny and Mason as Tommy strolled off stage away from the adoring crowd.

There are no signs of stopping for the DMA’S, they’re on the rise.