The National are embracing change. While the melancholic indie-rocker’s previous album, 2017’s ‘Sleep Well Beast’, introduced more electronic sounds to their already rich musical repertoire, their new album ‘I Am Easy to Find’ which releases alongside a short film of the same name by producer Mike Mills and starring Oscar winner Alicia Vikander, seeks to change the band’s established sound by adding more diversity to the vocals.

Anyone who listens to The National will attest that one of the factors that makes the band stand out is the distinctive, sometimes-vigorous, sometimes-leisurely vocal stylings of front-man Matt Beringer. ‘I Am Easy to Find’ introduces a plethora of female vocalists to the mix including Irish singer songwriter Lisa Hannigan, frequent Bowie collaborator and renowned session musician Gail Ann Dorsey and the Brooklyn Youth Chorus. 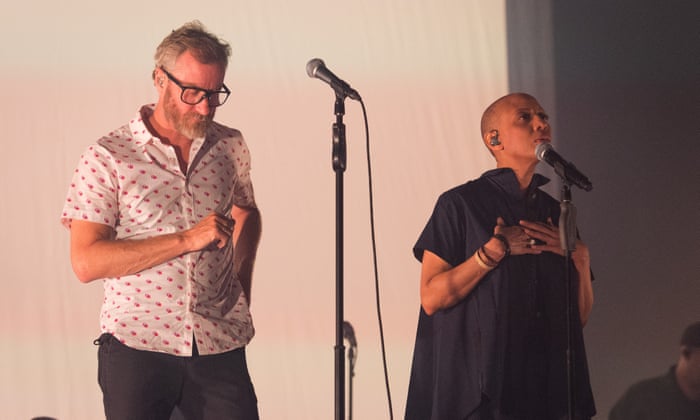 The hour-long album, the band’s longest to date, is best enjoyed as a whole however some stand-out tracks which emphasise the new vocal direction are the album’s opening tracks You Had Your Soul With You and Quiet Light, also of particular note is Not in Kansas, which feels like a tearful farewell to the place where Beringer grew up. Finally, despite the album’s fresh new sound, fans of The National’s earlier style are well catered to with the track Rylan.

The new voices complement and at times completely replace Beringer’s dulcet tones, a bold move considering what a key part of the band’s sound he is, however Beringer’s deeply evocative lyrics written along with his wife Carin Besser ensure he has a presence throughout the album. As always, the musicianship of twins Bryce and Aaron Dessner and the brothers Bryan and Scott Devendorf is perfectly on point.

For a band that has been around for almost twenty years some experimentation is welcome and thankfully ‘I Am Easy to Find’ is an experiment that is a resounding success, providing a deep musical pool to submerge yourself in over the summer months.

Eurovision returns - all you need to know for tonight's finale