Set up in the stunning Usher Hall in the centre of Edinburgh, Hozier and what can only be described as a mini orchestra took the stage.

Touring to promote the release of his second album Wasteland Baby, released in March of this year, the crowd was excited to hear both their fan-favourites and his new sound.

Getting straight into the set, he played his first song from his new record, As It Was. This first song showcased just how important all the musicians on stage were to the performance, and this carried on throughout the whole show. The supporting band – their prominent role in the performance makes it seem unfair to call them so – consisted of singers, pianists, percussionists, violinists, guitarists and bass players.

Each song that followed the other produced a perfect set-list, with a perfect mix of his old and new music. The combination of the lights, the band and Hozier himself produced an electrifying show that might not be expected from his gentle music and soft voice. Although, he not only performed his own music but branched out to cover Living for the City by Stevie Wonder, which thrilled the crowd even more.

Over and over he thanked the audience for such a warm response and seemed even happier to be there with the crowd as the crowd was with him, even entering the front row waving a pride flag.

Going back to his roots, he finished his set with Take Me to Church after coming back on-stage for an encore to perform Work Song and Cherry Wine. This ended the night with the crowd singing their hearts out, waving their phones’ torches in the air. 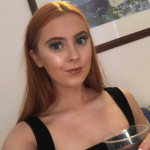 Live review: The 1975’s ‘At Their Very Best’ is no understatement

I Went on a Sugar Baby Website for a Week and This is What Happened.