IN the wake of last night’s defeat for Stirling Labour Party, candidate Mary Kate Ross, has been revealed to have gone on an expletive-laden tirade in a student group chat.

The 2nd year History and Politics student made the comments at four in the morning, remarking: “mental how I’ve done more than you’s in life and you all sat and slagged me off in this chat”. She went on to attack liberal voters saying: “would be better if this chat wasn’t full of soaking wet liberals”. She then concluded her remarks saying: “you all moan about the world are judgy as f*** towards everyone and b**** like f*** off. just f*** off all of you”.

The group chat in question, with over a hundred members, was set up by University of Stirling politics students who are now in their second year, with many voting – some for the first time.

Labour’s youngest General Election candidate in Scotland, aged just 19, made the comments in the aftermath of a 14 point drop in Stirling – falling to 4,275 votes. This was the candidate’s first time running in a parliamentary election however politics runs in the family with her father, Michael Ross, being a former Labour councillor in Motherwell.

Conservative Stephen Kerr previously held the Stirling seat, but was ousted by former MEP Alyn Smith who collected 51.1 per cent of ballots cast, taking in 26,895 votes.

Stirling Labour have been approached for comment but have not responded at the time of publication. 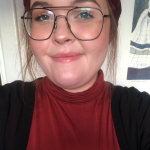 Man killed after being hit by car in Stirling city centre