It’s a dark and stormy night in the depths of Stirling town centre.

Clara and I set out with a task –  to once and for all try a piece of the mysterious culture known as gaming.

One a little bit more excited than the other, but both with our spirits raised – this would be fun we told ourselves.  It is just a game, what could go wrong?

Two nights later when we’ve spent hours confusingly roaming around a pixelated forest looking for resources (God, how we started to hate that word!), being scared to death by spiders, creepers and skeletons – in an extremely unhealthy way – and finally spending more than a real-life hour (yes we use those terms now) looking for a house we’ve apparently lost in the process, it felt like gaming maybe wasn’t necessarily our thing.

Thankfully, we didn’t know anything about that when we first got handed the controllers by the nice, and at that point, very supportive, male gamer that borrowed us his PlayStation.

The problem with Minecraft is the complexity. You need someone there to tell you what to do essentially. Letting us free roam saw us in a hole in the ground in our hut made from nothing but mud and the loud groans from monsters eager to bash us to death with a pixelated claw.

It saw us bashing large amounts of materials from our bare fists, dropping all the valuables we’d then found with just the click of a button, and it was pretty much game over when we found we could, in fact, bash each other to death in the process.

Death turned out to be quite inevitable in this game. Still, we began to wonder what the actual meaning of the game was, and more importantly, how did we win?

When finally turning to the Internet for help, we found that “there’s no score” and no real “end”. In the game’s main mode, you start in a world full of resources (rock, wood, etc.) and are “tasked” with making a life for your character. A day/night cycle provides constraints: “use the daylight to gather resources and build, with the intent of surviving the night.” So the goal was simply to survive? How fun…

After quizzing the Minecraft gods, aka, anyone who had a decent understanding of the game, it was time to start again. Exiting our mud house, we set out with a mission, to build ourselves a cosy retreat to hide in and survive a month in the game.

A month in the world of pixels may seem like a long time, but with our current death toll, it was going to be a challenge.

The cosy retreat came along quite well, with one minor problem: one day (the days in Minecraft are needless to say – very short) one of us wanted to go on a little excursion and suddenly found her tiny, pixelated, unprotected self very far away from the house. So far away that, when the dangers of the night rapidly approached, the house was nowhere to be found. This is when the game started to become annoying.

The problem was that sometime in the early beginning of our two real days of Minecraft-experimenting, we lost the map that we were supposed to use to find each other. At first it didn’t seem to be that big of a deal. As long as we just went for small excursions in the surroundings of our cosy little retreat, before both reuniting in our one and only room containing two beds, everything was fine.

However, this quickly became quite boring, and sooner than we expected, the day came when one of us wanted to see new exciting surroundings. That’s when Minecraft suddenly became very ugly, very quickly.

At this point we were no longer accompanied by only one male amateur gamer, but two. Two gamers whose frustration with our mindless walking and fist-punching blocks of stones and trees suddenly became too much. When we handed them the controllers (one of us hours before the other, who was still determined to find her way out of the forest), we went from frustrated players ready to give up, to opinionated spectators that wanted to know exactly what was happening and why.

Questions and orders were constantly hovering in the air almost screamed from one inexperienced player to the other more experienced one, and the answers were always the same:

“What are you doing? We should go and find her.”

“I’m looking for resources. If we go and try to find her we will also get lost.”

“Okay so let’s stay then, but what are you doing now?”

Needless to say, that will not be happening anytime soon again.

We soon learnt that our Minecraft days were essentially over before they had even begun, and after days of trolloping through the woods, mining away to our hearts content and cooking several meals of rotten flesh én carrot, we put down the controllers.

You may be thinking, this is where the story ends? Two girls, both alike in dignity in fair Stirling where we lay our scene, or our heads to that matter…

That is where you are wrong, so very much so.

Our defeated twitching hands picked up the controllers for the final round of Minecraft, only but in a different mode. Creative mode. A mode of safety, of unlimited resources. The safety of flight reuniting two long lost lovers back into each other’s humble arms.

There were tears, excitement and overall a sense of accomplishment. We tore down our humble retreat, the shell of a wooden house, to build a fort of wonder; the beast of a house so big it would shake any creeper, zombie or spider down to the core.

It was a mansion adorned in gold flooring, quartz features and a glorious amount of glass any interior designer would’ve been proud of.

Forgetting the whole, we-lived-in-a-hut-made-of-mud-moment, it looked like we had finally achieved something. We had two cosy beds, snuggled next to one another, as well as an abundance of craft making equipment; it finally looked like we had gotten somewhere in the Minecraft universe.

We’d moved up the property ladder and nothing was stopping us. Except for one thing – the extravagant and beautiful house only existed in our feverish Minecraft dreams. In reality, we were too tired to even proceed further than to excitingly create the golden floor, some quartz walls and a mural facade before we turned the PlayStation off.

The dark and stormy night in the depth of Stirling city centre raged on, as the two girls on Princes Street realized gaming wasn’t really for them and went to bed. 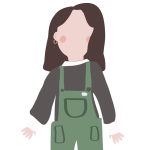