It has been 30 years since Pearl Jam first formed as a band and as their new album Gigaton proves, they’ve still got plenty of years left ahead of them.

Pearl Jam fans have had to wait almost 7 years for a new studio album but will not be disappointed after listening to Gigaton.

Slightly different in tone, it covers the terror of the new age, whilst the last two tracks finish the album with a feeling of defiant hope.

The first track ‘Who Ever Said’ is a decent start to the album and creates the tone for the songs to come with such lyrics as “I won’t give up on satisfaction”.

However, it’s the second track ‘Superblood Wolfmoon’ that is the standout song of the piece. With a shredding guitar solo and a catchy melody, it precedes the rest as a strong anthem.

Whilst the psychedelic ‘Dance of The Clairvoyants’ has a similar if slightly downplayed vibe, the album begins to shift in tone with ‘Alright’. With a more upbeat, acoustic feel ‘Alright’ has a message of self-acceptance with lyrics like “It’s alright to say no”.

‘Seven O’clock’ begins the section of forgettable songs of Gigaton, though pleasant songs to listen to they begin to become inoffensive and blur together.

‘Never Destination’ and ‘Take The Long Way’ are among this crowd with their bland melodies.

‘Buckle Up’ takes the album back to a high standard and is more reminiscent of Pearl Jam’s earlier style.

‘Comes Then Goes’ is a melancholic acoustic track about the past, again taking you back to their earlier music, whilst “Retrograde” ponders the future which leads nicely into the last song.

Gigaton finishes strong with ‘River Cross’. An emotive track about the state of the world and the government’s lack of action, it is somehow uplifting as it tells us to come together and fight: “share the light, won’t hold us down”, which in the current climate seems very appropriate.

The album as a whole is a powerful depiction of the modern world and its issues, using the art of Rock to convey the importance of optimism and keeping on the fight.

Although some tracks are forgettable, the album itself will remain with you long after. 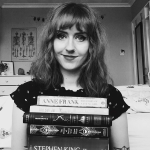