Both Yifei Liu, who will be playing Mulan in the live action 2020 remake and Gal Gadot, Wonder Woman, have shown their support for controversial regimes accused of Human Rights Violations.

Liu expressed her support for the Hong Kong Police after sharing a Weibo post from a government-run Beijing newspaper with the caption: “I also support Hong Kong police.”

This has caused the hashtag #BoycottMulan to trend twitter with one user tweeting: “#BoycottMulan how tone deaf do you have to be to support police brutality when you just filmed a character who is supposed to stand against oppression in its raw form?”

The Hong Kong police have been accused of brutality and oppression with some even going so far as to accuse the Chinese government of being totalitarian. Liu herself has been accused of “destroying” the much loved figure of Mulan and being a bad role model for young girls.

Nicholas Bequelin, East Asia Director at Amnesty International said: “The Hong Kong police’s heavy-handed crowd-control response on the streets has been live streamed for the world to see. Much less visible is the plethora of police abuses against protesters that take place out of sight.”

Bequelin continued by condemning what he has called “unlawful tactics” used against protesters which include unnecessary arrests, violence and even torture.

Former Israel Defence Force (IDF) soldier, Gal Gadot (Wonder Woman) made a similar stance when she posted a picture of herself on Facebook with a caption supporting the IDF.

The caption read: “I am sending my love and prayers to my fellow Israeli citizens, especially to all the boys and girls who are risking their lives protecting my country against the horrific acts conducted by Hamas, who are hiding like cowards behind women and children…We shall overcome!!! Shabbat Shalom! #weareright #freegazafromhamas #stopterror #coexistance #loveidf”

While Hamas is widely regarded as a terrorist organisation, many feel that the actions taken by the IDF are excessive and fire cannot be fought with fire.

These serious allegations have been echoed by organisations like The Human Rights Watch who said: “Israeli forces stationed on the Israeli side of the fences…responded to demonstrations for Palestinian rights on the Gaza side with excessive lethal force. Between March 30 and November 19, security forces killed 189 Palestinian demonstrators, including 31 children and 3 medical workers, and wounded more than 5,800 with live fire.”

The irony of these accusations is not lost on those who have decided to boycott both films.

By casting two controversial actresses in films which emphasise empathy and compassion, audience members who are aware of the so-called atrocities committed by the IDF and the Hong Kong Police have felt alienated and have expressed discomfort at the idea of supporting the films and by extension the actresses.

One twitter user: Jonah Wilcox said: “Some things are worth more than just watching a movie. Stop supporting companies and actors who are okay with police brutality and suppressing freedom.”

Others commented on the controversy saying that expecting more from these actors would be unreasonable with another user tweeting: “Priyanka Chopra is Indian therefore can be expected to have bought into the Indian narrative in Kashmir. Just like Gal Gadot’s views on the IDF. Stop being surprised by this. Celebrities, ESPECIALLY performers, aren’t to be and shouldn’t ever be assumed to be thought leaders.”

You think you can get away from this?#boycottmulan continues. pic.twitter.com/N8KVbtJrO8

For many young girls, Mulan broke the mould that defined many Disney Princesses as being the damsel in distress and was instead a warrior, much like Wonderwoman, who, when she first appeared in comic books in 1941, was revolutionary for women.

Despite engaging in war and violence in order to fight villains, both Wonder Woman and Mulan were motivated by compassion for the weak and vulnerable, and not a hunger for power.

As such, many feel let down that two of the worlds most beloved heroines are played by actresses that support controversial establishments with such extreme accusations made against them.

We must then remember all of the powerful and compassionate women who fight to make the real world a better place like Ahed Tamimi, Greta Thunberg and Malala Yousafzai.

For those unconvinced by critics, Wonder Woman 1984 is set to be released on the 5th of June and Mulan in July. 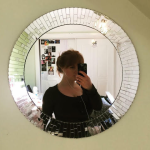