Forty-one shots were fired at Amadou Diallo by police on February 4, 1999. He was standing outside his locked apartment, unarmed, when four plain-clothed police officers in an unmarked vehicle drove up and opened fire. They mistook his wallet for a gun – a story we all know. Those 41 shots led to weeks of protests and an outcry from the black community of not only New York City, but a global movement fighting the same cause: racially charged police brutality. Today, those 41 shots still echo into that seemingly endless battle raging today.

Most recently, it’s brought up in the new Netflix documentary series Trial By Media, which examines multiple criminal cases given a verdict influenced by how the media boosted, sensationalized, or misinterpreted its story. Its episode “41 Shots” documents how Amadou’s death ignited a new uprising against the police state, being spearheaded by then-mayor of New York City Rudy Giuliani. Moreover, it highlights the role the media played in applying important pressure but eventually damning the case by using those 41 shots and the case as a whole for dramatic effect. Admittedly, much like I just did in the opening paragraph. Unfortunately, this documentary came at very familiar timing. Will history repeat itself? Or can things be different?

Previously in Trial By Media, there have been stories of talk show murders, healthcare CEO crooks, corrupt US senators, and televised sexual assault cases. The pilot episode has the flair and stylistic hand of Tony Yacenda, director of true-crime satire American Vandal. Live-action panning recreations, dramatized imagery of the media. “41 Shots” elects to use much more dialed back, traditional approach from black filmmaker Garrett Bradley. It focuses on the testimonies of black activists and lawyers on the defensive, letting the power of their stories and character speak for themselves.

Most prominent is the story of Kadiatou Diallo, Amadou’s mother. Opening with her, she talks fondly of Amadou’s want to travel to America from Guinea to become a computer programmer. To become a success. The tragedy is told: the context, the crime, and the media’s consumption of the horror. It showed how the madness of “41 shots” dominated headlines, while Amadou Diallo’s name became either a footnote or silenced. A poor street trader. Another unarmed black man. But what separates this story from others was not only the community uprising but a grief-stricken mother’s choice to stand up and fight back.

Traveling from Guinea in 1999, Kadiatou Diallo was welcomed with open arms from the city of New York. Police escorts and a beautiful apartment overlooking Central Park. Best behavior from the good guys. But she saw straight through it. Kadiatou wanted to see the scene of her son’s death, and the people fighting for justice. The way her present-day interview is conducted, filmed, and edited shows a beautiful picture of an incredibly strong woman. She smiles softly, her chin held high, her posture graceful. In comparison, we see her arrive at the crime scene in 1999 and cry out for her lost child, the only words escaping being her son’s name, over, and over, and over. The crowd cries with her, strangers embracing her as their own. Now, that sobbing mother sits proudly, never losing composure.

Interviewers are often trained to leave moments after answers, so the subject can absorb their words and perhaps capture a raw moment behind their guarded camera act. A choked swallow, a thousand-yard stare, a wiped tear. For Kadiatou Diallo, the camera takes in her strength in silence. Someone who has processed the loss a long time ago and is perhaps channeling the love for her son into a new, proud cause. Kadiatou Diallo in 1999 is not pictured as a weak woman by any means, but one fuelled with uncompromising, bubbling rage at a racist system that failed her son, and many others. This is the story of Amadou Diallo, but also of how Kadiatou made sure his life and death meant something, and lived on.

This story, of course, is familiar. Right now, thousands around the world protest in favour of the #BlackLivesMatter movement against police brutality and systemic racism. After George Floyd is murdered by police with a knee on his neck in broad daylight, on camera, we think that perhaps nothing has changed. How could Breonna Taylor be shot by police while sleeping in her own bed, out of pure incompetence, with currently no arrests? In 1999 it was Rudy Giuliani’s attempt at stamping out crime in New York City by losing more innocents along the way, but now Donald Trump does nothing but inflames the crisis worldwide. Is history simply repeating itself?

In short, things have changed. Police brutality and the rotten core of the USA’s racist systems run rampant in vulnerable communities, but change is happening. Whether it is Minneapolis’ decision to disband their police, or regularly criticized present NYC Mayor Bill De Blasio cutting NYPD funds, the pressure of community action is working in many ways. Nobody is holding hands and singing Kumbaya, but the light being shone on the darkness within police forces not only in the US but in the UK and around the world is harsher than ever. Partly due to the fact that we have new control.

Trial By Media observes how news networks and paper headlines can guide the narrative of a criminal case in either positive or demonstrably terrible ways. We already saw media conversation switch very quickly onto thug-like looters and warm police statements, but anyone opening social media can see the real truth in 2020. Peaceful protestors kicked in the face, children maced, innocent bystanders shot and scarred. Not captured by TV network camera rigs, but the phones in our pockets. No longer will news networks gatekeep what our communities see and understand.

In 1999, it was Amadou Diallo. Now, it is George Floyd, Breonna Taylor, Ahmaud Arbery, Tony McDade, William Green, and many other names that will not be lost to statistics. Their killers are now often filmed, questioned, reported, and hopefully, after brave and arduous protests, convicted. But while social and traditional media covers the murderers and attackers on camera, we must remember the criminal corruption happening off-camera. No media, no hashtags, and no justice. These battles are for the names we know, so the system does not fail those we don’t.

Amadou Diallo’s killers were ruled not guilty. As the episode documents, they returned to work and continued unchecked until they retired. Media may be changing, but injustice such as that can and still occurs regardless. The protestors on the ground and at home can be the media now. Keep getting angry. Let’s put them on trial.

Trial By Media is a documentary series now available on Netflix. 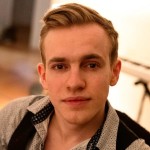 Solidaritea: the companies taking a stand against racism

Stirling MSP Gives Thanks to Volunteers