Hope is a tricky concept: sometimes it seems ephemeral, hard to pin down, relative. At the same time, it exists in our hearts. In this sense it’s impossible to define, like Plato’s Form of the Good, God, Justice and Truth. Hope is what fuels a significant part of our time when trying to find these concepts. After sickness, death, misery were unleashed from Pandora’s Box, last of all came hope. No universal common ground on these concepts can ever been reached. These are the limitations that we have to work with.

The last few months have prominently featured hope. Black Lives Matter is important to me because I am a liberal leftist who believes that to be born middle class in the west is to be blessed with a certain amount of privilege. I have thought myself out of any faith in God, but remain faithful to my belief in justice. There is no adequate conclusion to the injustice of racism, but it is part of a historical narrative that follows on from Colston, Powell, the Windrush Generation, and the Lampedusa boat tragedy, which seemed to lead us to this point in time – a reaction to the present day state of injustice.

This reaction led me to attend my city’s – much more socially distanced than my local Morrison’s – Black Lives Matter protest. It is impossible to know how many people were unsettled by the prejudices of the past, how many people categorically believed in the injustices of their time, and how many people just inherit their beliefs today accepting them as a fait accompli. Black Lives Matter reminds us of how the malignancy of racism is still around in today’s society, and that over the generations a sinister illusion persists in influencing so many people.

Our current state of affairs has raised more questions than can ever be acknowledged. It has mostly ignored any meaningful dialogue, and pitted people on either side of justice. The stories of the individuals that make up our historical narrative are largely forgotten or ignored. Our current state of mind precludes the accounts of the people that came before us. Ambivalence must not be seen as impartial or balanced. Yet many people have protected themselves with the ignorance that they were born worth more than another. So the generations that exist today are inspired by sentimentality towards certain parts of an edited history book.

I have heard a writer say that, white people acknowledging their own privilege is the new religion. John McWhorter considers that the white people he observes kneeling and declaring their white privilege to be almost praying for redemption. I found this to be a very uncomfortable concept. This concept, I think McWhorter seems to be saying, is not just a reaction to injustice, but also negates engaging in challenging dialogue. This is an uncomfortable concept because it seems to require listening to both sides – and I certainly don’t want to listen to the likes of Yaxley-Lennon, Farage, or any subscribers to the opinions of racists.

However, people’s own experiences of guilt, or even entitlement, cannot be completely disassociated from relevance in our present day narrative. Our sense of justice is uniquely tied to our experience and not some metaphysical concept of redemption. This is by no means to amplify the malevolent delusion that is racism. In fact, it would be more useful to look at the reality of our own prejudices, and then look at where they might have come from.

This is not intended to be clear-cut. It is meant to serve justice to the many individuals that have suffered immeasurable and complex hardships that come with living in a faulty world. A world where a slaver is normalized and immortalized in bronze. Whether this is police brutality, racist legislature, uncomfortable truths, past regrets, complicit actions, grey areas. War. Displacement. Or connections to grandparents, great-grandparents whose lives appear bygone – and the lens through which we see them.

No history books are complete and unabridged in viewing their own self worth, specifically in regards to the reach of its consciousness, and how this influences our perception. Black Lives Matter is a footnote giving voice to those who have been edited out of the narrative, but the narrative persists. History states that we belong to this land, but we deny and silence a large part of our community. This is the nature of our country today.

If you agree with this sentiment, you can sign a petition to make Black British history compulsory in schools here. 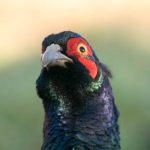 Megan Rapinoe: “We see you and we’re with you”

Mary McLeod Bethune: the ‘First Lady of the Struggle’.

What to watch this pride month

The Summer solstice: And now we move forward