It is not uncommon to be met with an eye roll on the topic of hobbies when disclosing that yours is gaming.

After all, it is a conversation piece denounced in numerous first date articles if you want it to be a successful one.

The mainstream perception of gaming has always, to some extent, perceived those that look for an escapism into that fantastical dragon world as something reclusive.

Or worse, a means of embedding a violent and dangerous ideology.

Despite this, gaming is an ever-growing industry, which has now surpassed cinema ticket sales per annum.

Scotland’s own Rockstar North studios and it’s behemoth: Grand Theft Auto V has grossed more than any movie or album to date.

With over 130,000,000 sales, the £6 billion profit of GTA V since its release in 2013 has overtaken the entirety of the Star Wars franchise’s ticket sales and home releases.

Still, the harsh conviction of a hobby and community has never been so prominent whilst also conflictingly inclusive and celebrated.

The dichotomy is apparent on Twitter every year with the release of the latest FIFA entry:

The general point of view quite demeaning, that (and I am generalising here) girlfriends will lose their boyfriends to their Playstation for the next few weeks.

Others however, post videos surprising their other half with a new copy, gift wrapped and a season pass to play wholeheartedly.

At the end of the day, when most consoles switch on; it’s a pastime, a hobby. It might seem repetitive from the outlook, but so is every cut-and-paste Hollywood blockbuster you see every summer. That’s not a criticism, it’s a form of entertainment.

The common misconception of gaming, a hobby that is boring or repetitive, denies the actuality that gaming has evolved into an incredible social experience.

The chance to settle down and speak to friends, colleagues, somebody from a city you’ve never heard of, and promote interpersonal skills like teamworking is completely justifiable.

Much like the scene from The Office US where Jim cannot get to grips with Call of Duty. The opportunity for cohesive communication and planning, support and teamwork cannot be underestimated.

The rewarding nature and feel of progression provided through many games’ awards and accolades for the time and skill you invest is also prominent.

And nothing is more satisfying than completing that raid or standing in an arena with your friends with ‘Victory’ plastered across the screen.

There is no doubt that the Covid-19 pandemic altered the ability for many to participate in outdoor hobbies and exercise, however the gaming community thrived.

When lockdown was placed and streets were emptied, servers were congested. Friendlists and the variety of games being played were bountiful. The backlog of games sitting on that dusty hard drive were finally explored.

Escaping from your own realities into a virtual world which caters to all your interests was something to be excited about within the mundane.

Post-lockdown, it is important to perceive gaming as that opportunity to embrace that escapism and celebrate the diverse landscapes on your own or with friends.

Exploring the vast Wild West with your ‘pardners’ or commandeering your crew as you sail your ship through tropical paradises in search of treasures only imaginable is unprecedented.

Whats more is this has never been so accessible.

If you’re reading this on your phone, a device which contains more technology than what put man on the moon, your finger tips can easily become the controller.

And with that power unlocked, through a quick search through the AppStore, your screen can generate an experience, much like the moon-landing, in a fun and enjoyable way.

There is a game out there for everybody.

Listened to my ramblings 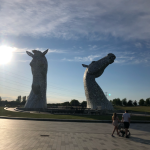