This catchphrase seems to sum up our generation quite well, considering the escalation photography is and has been going through in the last few decades. Cameras are now ubiquitous, and we are bombarded by pictures; especially on social media, so much that whatever can’t be photographed or recorded seems to be of little to no importance.

Almost a century has passed since the introduction of the legendary Leica, the first viable portable camera. In the meantime, with the advent of digital photography we had to say goodbye to the darkroom era, to the wait for film to be developed. We are now used to and expect – with reason – to have everything at once.

As an avid photographer myself, what I’m being critical of is not the act of taking pictures, but perhaps the spirit with which they are often being taken. In the 1970s, Susan Sontag reiterated the notion that our age prefers the photograph to reality, that is appearance before experience. She argued that being photographed gave humans a sense of being real and existing: which today, in the times of social media, seems more relevant than ever.

We know that we have always had an impulse to record memories, to conserve the past by freezing a moment in time; what philosophers used to call the “hic et nunc”, the “here and now”. Be it through painting, writing or “drawing with light”, which is what photography essentially is. It has always been a means to an end: but what is the end now? If once photographs served as testament to the world, today people are limited to telling personal facts that nobody cares about, as award winning photographer Berengo Gardin put it.

It is exactly because we are able to photograph everything that we then avoid making a selection of what we capture – something we were forced to do when the film roll had a limited number of pictures. Now we pay less attention to detail, because we tend to remember more vividly what we do not take pictures of. To put it in Sherlock Holmes’ words: “you see Watson, but you do not observe”.

It seems that we are mostly spectators of our lives, instead of living them. But is reality not better than its representation? 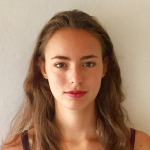 Police are appealing for information on two missing 17-year-olds

Why Ennio Morricone’s legacy will be everlasting