We’ve all seen the islands of plastic protruding out of our oceans and the images of turtles tangled in straws.

‘The Story of Plastic’ is a one and a half hour documentary by The Story of Stuff. It is now available on Farham Eco Cinema to show what caused this and how the man-made plastic crisis has affected not only our planet but its inhabitants also.

From the birth of plastic to clean-up missions, this documentary has the full story.

The film gives a sense of hopelessness throughout. It builds anger in highlighting the issues we are struggling to tackle surrounding plastics.

What ‘The Story of plastic’ really hones in on is the misconception that this crisis is not down to “Poor waste management” as Shell, and other large corporations and governments would portray.

The plastic crisis is down to fracking. The single use plastic that plagues our supermarkets, the washing of old plastics infecting our water supplies, the incineration of plastic clouding our sky and our lungs and the pellets that fill the guts of our fish.

This film invites you to jump across the globe, from the plastic mountains of India to the Houston Ship channel in the USA. Where children within a 10mile radius are 75% more likely to have Leukemia due to the plastic incineration plantations.

The animation used throughout provides a clear and clean-cut understating of the life cycle of plastic and a good visual understanding of what these large companies are doing.

One animation that is reoccurring is the visual of a bathtub. The large corporations are represented by one person sat at the edge of a bath spooning water out of it. Meanwhile the bath is overflowing, and the tap is still turned on full. The bath of course representing the plastic production. Despite saying that they are helping (by spooning the water out) they are still producing plastic and filling the market with it.

The Alliance to End Plastic Waste committed to spending $1.5 billion on the clean up of plastics yet still spends $204 billion on opening new petrochemical facilities which produce new plastics.

While the film presents no new or revolutionary information, it is an excellent reminder of the severity of the situation humanity finds itself in.

The feeling that as a consumer you are limited to what you can do begins to overwhelm you while watching. With ten minutes left in the documentary and a heavy heart, things begin to uplift. A new option for humanity has been introduced.

As the solemn music lifts to a cheerful tune, the idea of a zero-waste future and new legislation to hold companies and governments accountable is shown.

‘The Story of Plastic’ fills the pits of your stomach with the fire and desire to make a change. As soon as this documentary is done there is an overwhelming need to make the change, to sign petitions and fight for a better future. 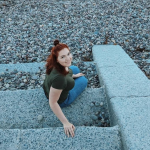 'The Old Guard': a new concept on immortality