Two perennial antagonists, interests over some form of energy, disputed claims of boundaries; a familiar story. This time, the antagonists are Greece and Turkey and the form of energy in question is natural gas. While the employment of common interests and gains seems like a simple solution to the flaming discord, the bad blood and inflexibility may get in the way of preventing bloodshed.

Undoubtedly, the tensions between the regions of Greece and Turkey have been familiar to the Mediterranean political stage for centuries and their shared bloody history often seems far from long forgotten. The fundamentally dissenting religions, the schism between the East and the West, the bitter story of the geopolitically precious Istanbul/Constantinople, the rich in cultural heritage and natural resources volatile borders and the relatively recent emergence of a leader with a cult of personality; the tensions have been conspicuous throughout history.

After all, it is not too long ago since the very painful exchange of populations and destruction of Asia Minor, nor the Cypriot crisis. The divide brought by the crises can still be felt in the discrimination of those of the “opposite” religion, the survivors who will never get to return home, and in the torn in-half country and its disputed sovereignty(ies). The provocative conversion of Hagia Sophia from a museum into a mosque on July 24 2020, further twisted the knife on some old wounds. Perhaps, the Hagia Sophia conversion– that may now seem minuscule compared to the real dangers of the impending military escalation– will be added as a causation of the 21st century Eastern Mediterranean war in the history books, if all efforts of diplomacy and de-escalation fail.

As if the brutal shared history was not enough, new players have arrived in the stage to push tensions even further. This is where natural gas and the 2018 Italian discovery of a vast gas field near Cyprus come into play. From Turkey’s point of view, the big bullies of the EastMed Gas Forum playground won’t invite Turkey in to play. The EastMed Gas Forum was established as an international body on January 16 2020 by Cyprus, Egypt, Greece, Israel, Italy, Jordan, and Palestine. Being left diplomatically isolated, Turkey has decided to take matters into its own hands.

Armed with the support of Libya, sealed by their bilateral maritime deal, Turkey is now claiming the gas fields included in the continental shelf between the two countries. The legitimacy of the deal has been challenged not only by Cyprus, Greece and Egypt, who regard it as “illegal” and “void”, but also by the European Union, who condemn the deal’s failure to comply with the Law of the Sea. The most noted violation of Turkey and Libya’s deal is its contravention of the EEZ (Exclusive Economic Zone) of the Greek islands of Crete and Karpathos. In May 2020, France and the United Arab Emirates joined in the condemnation of the deal. Nonetheless, Erdogan and his exploration vessels march on, unsettling Turkey’s neighbours.

Ultimately, the escalated situation of the Mediterranean’s East comes down to none other than the pursuit of interests. With stakes as high as wealth, security and independence from Russian Natural Gas, other countries have been lured into the game, mainly France and most recently Germany. While France has demonstrated its solidarity and loyalty to the EU by strengthening its military presence in the region in aid of Greece, Germany is now attempting to take a different, mediating approach. In an effort to de-escalate tensions, Germany’s Foreign Minister, Heiko Maas, visited both countries failing to secure any deals but stating the readiness for dialogue of both parties.

The fragility of the aforementioned readiness, however, could not be stressed enough. Both countries have pledged to fight for and protect their sovereignty, emboldened by the support of their allies. The facilitation of productive discussion of shared gains and cooperation in a constructive environment currently seems like a far-fetched scenario. Both parties are aggressively demanding open-mindedness from each other in order to facilitate negotiations, with seemingly neither expressing a will to compromise. Any frail attempt of the EU to act as mediator is compromised by the fact that Greece and Cyprus are fundamental EU-members. With EU foreign ministers set to confer in Berlin on Thursday and Friday, one question remains. Is the historical war meddler too busy with their esoteric battles at home, or is the bald eagle yet to make its mighty presence felt in this dispute? 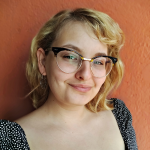 TV Review: 'Trinkets' season two will give you all the feels ★★★☆☆

Success is no longer achieved. It is inherited.