Today the Scottish Government unveiled its’ Programme for Government that aims to give Scotland a fairer and greener recovery amidst the pandemic.

The pandemic has set in a a lot of fear and anxiety amongst people in Scotland and that’s understandable. But todays programme for government sets out to help people by protecting jobs and helping more into work especially young people with a brand new “Youth Guarantee.”

£25 million will also be out towards supporting 10,000 people most at risk of being made redundant.

The Scottish Government will also be putting forward £500 million over the next 5 years to decrease Scotlands carbon footprint and a £100 million fund to create green jobs for the future, a vital step forward in playing our part in tackling the climate emergency.

Another issue that the pandemic has shown that needs addressing is the digital divide.

The pandemic has shown that not everyone can work or learn from home because they don’t have access to electronic devices. That’s why it’s extremely important that the Scottish Government will now provide electronic devices with data to those who need them, closing the digital divide and giving everyone a better chance in life.

But one of the most vital policies included in the Programme for Government today was the review into Care in Scotland, but more specifically looking into the establishment of a National Care Service.

As much as I would’ve liked the Scottish Government to commit to establishing it, I welcome the review. No one should have to pay for care in society. Government has a moral responsibility to the elderly and most vulnerable who require day-to-day care.

Last year the four biggest care homes gave £56,000 per resident to creditors and shareholders, that’s £56,000 that could’ve went towards providing better, high quality care. No one should have to pay for care and no one should be profiting off the most vulnerable in our society.

The Programme for Government does come with some major concerns, and that is funding. The Scottish Government is already cut in real terms every year by the Westminster government. There is an opportunity to make future Programmes for Government even more progressive with the powers of independence.

The Programme for Government could look very different if we had the powers of Independence. For example, we could follow in France and Germany’s foot steps by extending the furlough scheme for another 12 months rather than the Tory Governments plan to wind its up in October. This dreadful policy by the Tories could see the loss of 2 million jobs.

But an Independent Scotland with full fiscal powers and its own currency could extend the furlough scheme and save jobs in Scotland.

With Independence we could set up a Universal Basic Income (UBI), not just for during the pandemic but beyond into the future to help lift people out of absolute poverty and giving people piece of mind that they will have something to fall back on in the event of job losses.

This Programme for Government is progressive, but not progressive enough, and it’s been shown that the Union is holding Scotland back from becoming a more progressive society.

Scotland has consistently shown it wants to take a different path, Independence is now becoming mainstream and its because people in Scotland are wanting real change.

The Scottish Government is constantly restrained in what it can do for the people of Scotland under devolution and this Programme for Government was able to show just that, the First Minister herself said that there was so much more that could be done and it is clear that calling on the Tories to do something about it just isn’t working.

So it’s time to bring powers back to Edinburgh and create a more progressive society with the powers of Independence, and create a Scotland with a fully funded Job Guarantee and Universal Basic Income, a Scotland that can truly take care of the most vulnerable.

A more progressive Scotland is possible, but not under the current constitutional arrangements. 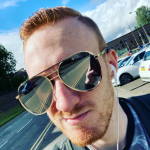 Opinion: Brexit is done… or is it? Disinformation alert