Stirling SNP MP Alyn Smith has backed calls for the UK government to implement new protections for employees and support for businesses, in the wake of growing concerns regarding poor industry practice.

As the Covid-19 pandemic has progressed, some employees have been forced to choose between wage cuts and inferior conditions, or mass job losses.

Alyn Smith has joined parliamentary colleagues in signing an open letter to Alok Sharma, the Secretary of State for Business, Energy and Industrial Strategy, urging him and the government to take action.

Alyn Smith MP said: ‘Businesses are struggling at the moment, and that pain is felt right across the country and cuts across many sectors of the economy. It’s understandable that employers will want to reduce costs where possible, and position themselves to compete in the ‘new normal’. But the UK government has a responsibility to support businesses through this crisis, and head-off otherwise viable businesses lurching into mass redundancies.

‘There exists an argument for temporary measures to see businesses through short-term disruption, but what we’re increasingly seeing is large corporations taking advantage of a crisis.

‘Make no mistake: the erosion of employee rights, conditions and pay will have a knock-on effect throughout the economy. Employees are consumers too, and people are unlikely to spend money if they fear their own pay may decrease.

‘We call on the UK government to work constructively cross-party, to ensure sensible legislation is passed to protect employees, businesses and the wider economy.’ 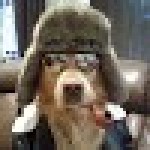 Extra funding given to NHS Forth Valley to help with pandemic

It is a dark time. Allow art to make it more colourful.