Black Pink: Light Up The Sky is an intimate look at the groups rise to stardom which cumulated in their performance at Coachella 2019. It is a clear as day marketing gimmick made to increase the sales of their album which was released this month also.

Black Pink is a South Korean girl group that consists of 4 members, Rosé, Lisa, Jisoo and Jennie which was formed by YG Entertainment in 2016. The debuted with their first album ‘square one’ in August of the same year.

The documentary follows the classic style of using archival footage and one-on-one interviews with the members to build the narrative. The director Caroline Suh invites the viewer to see never before seen parts of the groups lives, from their auditions to the meticulous training schedules and then their rise to fame.

The documentary is geared towards any K-Pop fan out their and is able to humanise the members of the group in a way that hasn’t been seen before in their social media. It gives the sense that they are more akin to the fans than they seen, but the documentary does fall flat in other areas.

Yes it shows the group painstaking training but not to the degree you would expect! There is no real examination of how gruelling the K-Pop industry can be, with the media scrutiny, impossible beauty standards or the fact that the industry seems to protect its members with mental health struggles.

The documentary is intimate, fun and a great watch if you are fan of Black Pink or even just K-Pop in general. But, that doesn’t take away from the fact that is just a marketing gimmick made in order to generate more album sales! 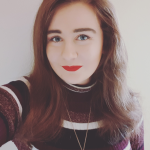 ‘Deaf U’ review: a quiet show making a loud impression