Tao Geoghegan Hart has won the Giro Italia Bike race and in doing so becomes the second British cyclist to do so after Chris Froome’s success in 2018.

Taking part in only his fourth Grand tour race, Hart was in 126th place as one of Geraint Thomas’s domestiques. However, he won stage 20 on Saturday and that gave him a share of the lead alongside Jai Hindley.

In the final stage Hart finished all of 39 seconds ahead of Australian Hindley in the time trial to claim victory in the race, amazingly.

Ineos Grenadiers team principal Sir Dave Brailsford told Radio 5 after the race that he thinks the sky is the limit for the lad.

“I think one of Tao’s great attributes is that he’s a great racer,” Brailsford told BBC Radio 5 Live. He also says “He has a love for the game. He feels a race and that is a great attribute to have. It is also great to see because he can now encourage a whole load of younger road racers.”

Sir Dave also went on to say “The sport’s changing, it’s getting more dynamic, so he’s leading the way, really, for a new generation of youngsters, which is incredibly exciting to see.”

Hart, who remarked quite humbly on his major race win, said: “I’m proud to be the first cyclist from central London for quite a while and I’m hoping I can inspire more kids in the future to take up the sport or any sport.”

Hart, who is originally from Hackney in London, first joined the Hackney Cycling Club when he was 13 years old. Having joined Team Sky as an amateur in 2015, he then later signed to ride for the British team where he competed at the World Tour since 2017 gaining massive amounts of race riding experience at the top level.

Having ridden in The Giro Italia before, Hart came in 20th position. 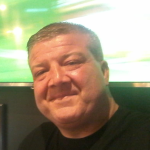