Spiritfarer is an adorable two-dimensional puzzle-platformer and base management game. And I’m hooked. Let me begin by saying that I’ve always loved what you may call the zen game, a game where you turn off your brain, kill a few hours and relax. No stressful combat no, chance of dying. Just chill.

My old go-to zen game was Stardew Valley, which, if you don’t know, was a pixel art love letter to games like Harvest Moon. But that has since been dethroned by Spiritfarer with its wonderful hand drawn animations and simplistic yet satisfying gameplay loop. Moment to moment you explore areas building up an arsenal of movement powers and gathering materials to build and upgrade your boat.

The story focuses on the Spiritfarer, who is tasked with ferrying souls to their final resting place and keeping them happy.

One problem though, is that you will get attached and you will be all aboard the feels train. And don’t lie to yourself like I did – it just hit harder. Each soul has a story and a personality. The one that hit me hardest was a little hedgehog woman who reminded me of my gran, I won’t spoil it, but I had to stop playing after that section.

That’s why I adore this game so much. In a market that is increasingly built on live services designed to squeeze you of as much money as possible, this game only wants to make you feel. A welcome change from those designed to make you numb like a lot of modern games.

I haven’t tested the game on other systems, but on the Xbox One it ran smooth as silk most of the time. And when I mentioned the hand drawn animations I didn’t give them enough credit. As I write this I remember an idle animation for the player character’s cat where they would start to play with a ball of light. As silly as it sounds, something so insignificant as that made me smile ear to ear at just how charming it was.

Would I recommend this game? Yes, it would get a very strong recommendation. The only real issues I had with the game was how grind-y it can be, but that’s par for the course for a base builder type game. Power through that though and you’ll be delightfully charmed by the stories. Just be ready to feel. 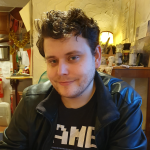 Fuelling the feathered: how to make bird feeders

Christmas foods around the world