Grande is the latest pop star to be given a Netflix documentary, joining Taylor Swift and Lady Gaga amongst others. The documentary showcases Grande’s performance in London of her Sweetener word tour.

My personal favourite performances from the documentary (and songs that have found their way onto my playlists) are Bad Idea, Needy and N.A.S.A. These are just my favourites though as throughout Grande proves she is an amazing performer.

Although the documentary is performance heavy (and that’s not a bad thing!) there are clips here and there of behind the scenes and Grande enjoying some downtime with her friends and colleagues. This allows the personality behind the powerhouse to shine through, overall, this is a documentary which allows Grande’s talent to do all the talking. If you’re missing live music and want to experience Grande’s amazing voice live this is the documentary to watch. It’s fun, uplifting and you’ll find some new songs to listen to. 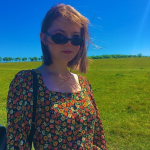 “Ma’am, would you be so kind to cover your head, please?”