World Introvert Day (2nd January) is a great way to celebrate introversion, and there is much to celebrate, but it also brings to mind the difficulties some of us struggle with as introverts, and possible solutions on how to overcome these challenges.

Introversion can be a troubling state to find yourself in when social norms encourage a gregarious and outgoing disposition, and the ability to comfortably socialise with others is generally expected of adult humans as a bare minimum. This expectation can feel remarkably daunting for those of us who are of a more introverted persuasion and who have, at best, mixed feelings about leaving the house, never mind talking to other people.

It isn’t that introverts don’t like people or don’t like socialising per se; it’s just that we prefer to focus on our own thoughts and feelings rather than what’s going on externally, and so we can become exhausted by prolonged periods of social interaction wherein we’re required to engage more with the external environment.

In this sense, being introverted can feel like having drawn the proverbial short straw in the personality stakes, and our discomfort is compounded by the fact that shyness and solitude seem to have been slightly stigmatised in society. Quiet people are often typecast as oddball loners in popular culture, their awkward reticence frequently synonymous with weirdness.

Thankfully, introversion doesn’t have to be the debilitating ailment that it is sometimes portrayed as (and sometimes feels like). It is in fact a wonderful quality to have, and it should be embraced rather than suppressed, especially on World Introvert Day!

Thus, here are 4 tips to help you get to grips with your introversion when it feels stifling or alienating, and maybe even to recognise the understated beauty in being introverted.

1. Find out more about your personality

Take a personality test like the Big Five personality test to gain some valuable insight into the fundamental components of your nature. Discovering this scientific basis for your introversion has a way of legitimising it – you realise that being introspective and enjoying solitude doesn’t make you a social pariah, it’s simply one of the facets of your multi-faceted personality. Moreover, the results of such questionnaires will highlight the areas where your strengths lie too. You might score high on agreeableness or conscientiousness, and so you can shift your attention to cultivating those attributes; or you might find you’re especially skilled in social information processing, and it becomes clear that introversion need not impede your ability to form good social ties with others.

2. Learn to accept yourself

It’s tempting to disregard our tendency towards introversion in favour of the perhaps more socially acceptable extraverted persona, but this becomes laborious after a while. Instead of auditioning for acceptance in this way, we should learn to accept our authentic selves. Listen to your instincts and don’t force yourself to be something you’re not, or to perform in ways that damage your mental well-being just to fit in or achieve external validation. Honour your relationship with yourself first, because it’s the longest one you’ll ever have, and you’ll find that winning your own approval is much more important than winning other people’s.

Even once you’ve started to embrace your introversion, it can still be heartening to have some socially-disinclined heroes to remind you that being withdrawn isn’t all bad.
Richard Ayoade is one highly recommended candidate for this role due to his unapologetic introversion and his unceremonious rejection of any social interaction which oversteps his boundaries. This is perhaps evidenced most notably in his presenting of The Crystal Maze, wherein he carries a stick that has a plastic hand attached to it to keep contestants at bay, lest they attempt to stand within two arm’s lengths of him. This man is the hero we all need.
Ayoade’s work also shines a sympathetic light on the stereotypical weirdo loner character that is so often regarded with wary suspicion in popular culture. In his celluloid masterpiece The Double, the shy protagonist Simon is so much more likable than his charismatic doppelganger James, and it is specifically Simon’s unassuming, awkward disposition that makes him so adorable. Maybe if we can recognise the endearing beauty in other people’s reticence, we can start to appreciate our own too.

This is Socialising 101 for introverts. Making friends with the least inhibited people you meet at work and in other areas of your life will take a considerable amount of heat off you at social gatherings. This is because they will happily do 100% of the talking amongst themselves, and so input from you is essentially optional. The value of these upbeat friends and their skilful social prowess can’t be overstated, especially on occasions when you find your social battery draining at an alarming rate and you just want to sit in quiet reflection while others do the conversational legwork. One’s ability to zone out and silently contemplate Richard Ayoade’s brilliance should never be hampered, not even at the pub.

Hopefully these 4 things can help you feel less overwhelmed and make life feel a little less daunting. Armed with a good understanding of your personality and your own personal strengths, you can learn to accept and even enjoy the aspects of your disposition that you once felt short-changed by. And on days when you might struggle or wish you were a bit more extraverted, it’s worth having an exceptional introverted role model to remind you that you’re in good company, and a few extraverts in your social group to maintain balance. 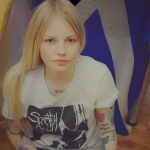