A poem: Donald Trump on finding himself locked out of Twitter

It was Friday when he arose with bleary eyes from his slumber,
rubbing his eyes with fervour the aims of the day became clear in his head.

“Melania, fetch me my sippy cup!”

He shuffled slowly out of his nursery and into the bathroom, looking into the mirror with excitement almost too much to contain.

Quickly grabbing his toupee he applied it with quick succession, knowing he had much more important things to do today.

He exited his suite and stumbled towards the office, meeting a guard passing by, he informed him that no-one was to bother him as he was going to be attending to the most urgent of matters.

When he had entered the office his pace quickened, he even skipped a little, matching his racing heartbeat as he gazed upon his laptop with a smile.

Now comfortable on his chair, he let his fingers gently pad the keyboard, waiting for the loading screen to appear with anticipation.

Suddenly the big blue bird appeared and he giggled as if the laptop had flirted with him.

He entered his details and waited. Tapping on the desk he began to lose patience.

Then, his face dropped, his fingers trembled, and one lone tear fell onto the keyboard. In his watery vision he could see the words painted on the screen.

Poet and author of Elements of an Adored Mind. 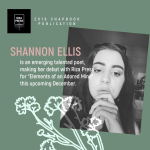 The Voyage of the Unknown