How old would you want to be when you get married?

In your twenties I assume.

Well, what if I told you, by the time you finish reading this, at least one under-aged girl, would have gotten married in a third world country.

I know what you might be thinking, this is the twenty-first century, how can this still exist.

However, although time has changed, cultures have not and those modern aged thinkers are still accustomed to this atrocity, since they can’t find a way out.

Yasmin aged twenty-seven, tells us about her experience of child marriage.

“I was sixteen at the time, when my mum walked out of the door, telling me it’s time to think about my future, I was shocked, since she knew what I always dreamed off. Passing my O-Levels and becoming a doctor. However, she told me, it’s in a custom in our family. When girls get good proposals, they are supposed to get married and the proposal I got according to my mum was great.” Said Yasmin

By the way she spoke, I could tell how much she actually resented that part of her life.

Yasmin Continues, “During this time, our families got to know each other and by the age of eighteen I was married. I had to give up my dreams and become a fulltime wife.”

“Was it hard, being so young and becoming a full-time wife?” I asked her

“It was at first”, She replied.

“During the first few years, I was in charge of the house. In our customs, we live in a joint family that means, my mother-in-law and her children all lived in the same house as me.” She paused and then continued to say, “In our customs usually the eldest son’s wife is in charge of the house, but this responsibility came towards me, since she was I’ll. Therefore, at the age of eighteen, I was running a whole house and stopped dreaming.” Said Yasmin.

“Did you have any friends?” I asked

“Yes, I have one daughter” She replied.

“Will you make her get married at a young age too?” I asked again

“No, I’ll do everything to help her,” she said

“Are you happily married?” I asked her, imaging her answer would negative.

However, to my surprise, she says. “No, I was fortunate to have a good husband, not everyone is that lucky.”

Interviewing her, the only thing that came to my mind was, how my mother went through the same thing in the twentieth century, she was just sixteen years old, she had to get married and leave her dreams behind. She devoted her life to her children and passed her dream on to me.

Now whenever I ask my mum, “why did you go through with the wedding, when you were so young”?

she replied to me saying,

“I was just sixteen, I thought marriage was a game. In that day and age, you had no choice, you had to go with it, otherwise it was a mockery to the society.”

Bewildered by answered I asked, “Well could you choose anyone to get married to?”

“Only if you were lucky” she replied.

Those days and these are drastically different. The literacy rates are higher but the culture in these places don’t change. I think the only way to change the culture is to educate the men in these societies. However, the middle east isn’t like that anymore, but third world countries and small communities still go through it, so why not spread awareness, maybe you’d end up saving someone’s dreams.

(The name of the characters were fictional) 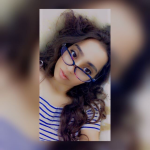 This Rose Will Never Die