In relation to the Alex Salmond sexual abuse inquiry, it has been concluded by an independent report that First Minister Nicola Sturgeon did not break any ministerial code of conduct.

The report was carried out by James Hamilton, Ireland’s former director of public prosecutions. It was put into effect in order to determine Sturgeons memory of certain events pertaining to the Salmond enquiry, and if she had misled parliament.

Hamilton states that Ms Sturgeon had in fact provided an “incomplete narrative of events” to MSPs, but that this was a “genuine failure of recollection” and that he is therefore “of the opinion that the First Minister did not breach the provisions of the ministerial code in respect of any of these matters”.

The report has been received gratefully by the First Minster, who urged all opposition parties to acknowledge the conclusions. In a statement given, Ms Sturgeon “welcomed the conclusions of James Hamilton’s independent investigation” regarding them as “comprehensive, evidence-based and unequivocal.”

Sturgeon said, “I welcome the conclusion of Mr Hamilton’s independent investigation, which are comprehensive, evidence-based and unequivocal.

“Mr Hamilton has considered all of the allegations against me, and I am happy that his report’s findings clear me of any breach of the ministerial code.

“I sought at every stage in this issue to act with integrity and in the public interest. As I have previously made clear, I did not consider that I had broken the code, but these findings are official, definitive and independent adjudication of that.

“Prior to its publication, opposition politicians stressed the importance of respecting and accepting the outcome of Mr Hamilton’s independent inquiry, and I committed wholeheartedly to doing so. Now that he has reported, it is incumbent on them to do likewise.”

Tomorrow, a Tory-led vote of no confidence against Sturgeon is planned, but with all accusations cleared combined with a lack of support from the Green party, it seems unlikely SNP will suffer any losses.

The Holyrood inquiry- due to publish its findings on Tuesday morning after a lengthy inquiry into the government’s and Sturgeon’s conduct- is expected to find Sturgeon did mislead parliament about her dealings with Salmond, but did not do so knowingly. 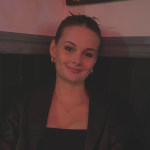