16 episodes into its third series, The Circle has kept our eyeballs pried open –Clockwork Orange style –trying to see who will make it to the final.

Our favourite online deception show is back and better than ever more anonymous challenges and surprise blockings.

Within the first couple episodes players are blocked. One gets told they need to copy another player for a chance to stay in the game. There was an orange player and a blue player, both with the same name, same profile.

Players choose which player was the real one and which was the clone without any way of truly knowing.

Another twist happens when one player becomes the Assassin and has to choose a target to attempt to get blocked or they are out of the game right away. Will they try to persuade through truth or lies?

Interestingly, this season has not been about hunting catfish although some players have tried. The game this time around is all about who really wants to keep you in and who’s lying to get high ratings.

In a girl’s chat three players say they are #geezergirls and have each other’s backs, but all the while one is gagging through the lies.

Like in previous series, it’s the people and their relationships which keep you coming back. The genuine ones, the liars and tacticians.

There are also more catfish than in previous seasons. One player pretends to be their nan, another an NHS nurse who supposedly worked through the pandemic.

The favorite catfish has to be Uncle Syed aka Hashu who pretends to be an old family friend that immigrated to the UK in the 70’s.

Hashu is full of wit and every chat with him he says something either outrageous or tear-jerkingly heartfelt.

Perhaps most entertainingly, Hashu (the player pretending to be Uncle Syed) has a crush on Manrika, a genuine but tactical player. He writes her poetry while also giving her funny uncle love life advice. Viewers get to relish the Shakespearean situation.

Manrika herself is the most tactical player the Circle has ever seen. Every player wants to be her friend because she almost always says the right thing but also shows enough personality and history to keep everyone interested.

While being a mastermind, she falls for an army hunk. It’s a dream romance with only one problem; her beau is actually a belle named Natalya. So the strongest player (Manrika) is also the biggest fool.

Whether you like the changes or not, one thing is for sure; every episode has laughs, surprises, and even some tears.

The Circle is playing on Channel 4 weekdays at 10 PM. You can also watch all episodes on All 4. 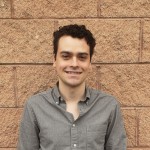 The fight for the socially acceptable muse

Love Is Blind 2: Back and more ridiculous than ever ★☆☆☆☆

Could this be it for Jiberty? Brig recaps this week’s Love Island

We've reached the halfway point: where is Falcon and the Winter Soldier going?

Johnson: “everything under close observation” with the Indian variant looming