Some students at the University of Stirling came together and founded “The Language Exchange Society”. It is meant to be a sphere where natives and advanced speakers of a language can share their knowledge with their fellow peers.

Since 20% of the University have an international background there are plenty of languages and cultures to learn from. The insight of a local is priceless and an amazing opportunity in a time of disconnection to talk to some of the students.

The language exchange is designed to be an interactive space for people on the same level to talk about their unique experiences. Vegas Vogel Von Vogelstein, one of the founders of the society says: “The Language Exchange Society moves internationality to the core of the University of Stirling’s soul by building a diverse space of acceptance to facilitate language learning and intercultural communication”.

“The Language Days” are an initiative that is meant to unite the students after the essay period and engage with them on a personal level. This is also the official start of the society and crucial in understanding which languages gain more interest to plan a better event for the future.

Additionally, languages are doors to societies that stay closed otherwise. As a foreigner, you can try to talk to locals but understanding some things and issues is only possible if you can follow the language and its quirks that show the character of the culture.

One of those words is “inşallah”. While its literal meaning in Arabic is: “if God allows”, its use in the Turkish language is linked to the Muslim influences through the Ottoman Empire. Many Arabic words have been integrated with the language because the adaption of words from the Quran only seemed natural.

It is even more interesting to see these influences find their way into the German culture. After the 70s, where Germany tried to recover from the Second World War, many foreigners from different countries were called to strengthen the economy and get workers into the state (the West before the Berlin Wall fell in 1989). Many of these were Turks.

Often it was the male figure in the family that left to work and sent money to his relatives in Turkey. After they had worked there for quite some time many of these workers had the opportunity of getting their family to the country. That is one of the main reasons why Germany has this many Turkish immigrants and people of Turkish origin.

This is, again, reflected in the language. Especially teenagers and young adults use words like “inşallah” in their everyday life colloquially because they have adopted that saying from their friends of Turkish or Arabic background.

I want to share a part of my world, that is why I am digressing this much. We all live in totally different realities that are shaped by our experiences, influences, lectures that we have learned over the years. Maybe I will never be able to understand my international friends fully because there are some things that they are talking about, but there is a difference between hearing about it or living the experience.

Travelling, learning a new language etc. These things can be very daunting. Sometimes we have the perception that everything that we do has to be perfect and that we must be fluent immediately once we start studying it. However, in reality, we are just trying to look through the door of a different world, hoping to understand and share some same experiences. The journey is a humbling one, but one that is worthwhile.

If you want to join us, “The Language Days” are still taking place until Friday. The schedule can be found on Facebook and Instagram. My courses for German intermediates and for Turkish Beginners will be at 10 and 11 am on Microsoft Teams. I would love to see you there. 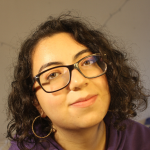