World Whisky Day falls on the third Saturday in May each year. This day was founded in 2012, with the aim to celebrate whisky and the love people have for it.

Whisky is known to be Scotland’s national drink – but did you know scotch can be dated back to the 15th century. The earliest record that has been documented shows distilling in Scotland in 1494.

Whisky even captured the heart of Robert Burns, a well-known figure in Scottish history with Scotland even having a day dedicated to him every January. Burns wrote an ode to whisky which he called “Scotch Drink”.

The 19th century was paramount in the whisky industry. Famous people in the whisky world such as James Buchanan and James Chivas, to name a few, took scotch out of Scotland and into the rest of the world.

Whisky has gone from strength to strength. In 1994 Scotch whisky industries celebrated 500 years of whisky production in Scotland.

Scotch whisky has been protected by law to safeguard its quality. Scotch must be matured for at least three years and in an oak cask. When bottled it must have a minimum strength of 40 abv.

The whisky industries provide many jobs in Scotland with over 130 working whisky distilleries, not including the cooperages spread throughout Scotland. A cooper is a trained trades man who makes and repairs whisky barrels for the whisky to be distilled.

It has previously been reported that the United Kingdom gains more revenue from scotch whisky than it does from shipbuilding.

This incredible drink brings in five billion to the British economy on average each year.

Whisky has now grown, with many new companies all over the world making their own type of whisky, such as ‘Jack Daniel’s Tennessee whiskey’. The Jack Daniel distillery was established in 1866 and was the first distillery registered in the United States.

Scotch isn’t the only type of whisky; bourbon, such as Jim Beam, is an American whisky. How it is made and distilled is what gives different whiskies different flavours.

World Whisky Day was set up for whisky lovers around the world, often celebrated by tasting events and other celebrations.

How can you participate in World Whisky Day?

Founder of World Whisky Day, Blair Bowman, says: “All you need to participate is a bottle of whisky/whiskey – whatever variety, however you enjoy it. The only rule is to drink responsibly!”

The Gaelic work for whisky is “usisge beatha” which means water of life.

So why not celebrate world whisky day with a wee dram of the water of life.

Find out more about whisky and World Whisky Day at http://www.worldwhiskyday.com 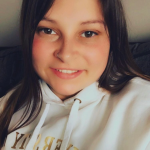 Reflections on running a student society during COVID 19

The Great British Cake Off