We all know what hedgehogs are! From Beatrix Potter’s Mrs Tiggy-Winkle to Sonic the hedgehog they are an affectionate part of our culture in all ages but particularly in children.

The sight of these cute nocturnal mammals in our gardens is unmistakeable especially in their ability to curl into balls of spikes in case of danger.

They are native to the UK and insectivorous, meaning they eat insects like beetles, slugs, earthworms and even caterpillars. Occasionally, they eat bird eggs but are commonly fond of eating cat food in our gardens.

Hedgerows, woodland edges, gardens, and parks are all habitats where they live and build their nests or hibernacula.

My first contact with nature as a child was meeting the hedgehog who made his home beneath an oil tank and the dog rose hedgerow which marked the boundary between us and our neighbour’s garden.

We regularly watched him contently munching on slugs and snails which plagued our vegetable patch.

Daily, my older brother and I would feed him cat food, much to our Puss’s confusion. We laughed as she curiously pawed at our friends back, fleeing out of fright from his prickly defence.

Then one day builders came, ripped out the hedgerows and installed a concrete wall in its place. After which our hedgehog was unable to traverse as he once could between the gardens for food or find a mate, maybe have hoglets. I didn’t see a hedgehog again until years later.

Hedgehog populations across the UK have been estimated to have declined from tens of millions to between 1 and 1.5 million since 1950. Now vulnerable to extinction under the International Union for Conservation of Natures Red List.

This despite the species Erinaceous europaeaus being designated a ‘Species of Principle Importance’ across Scotland, England, and Wales.

Connected habitats play a vital role in supporting our hedgehogs, as their populations are more restricted by the activities of humans. Particularly our intensified uses of pesticides, our legacy of hedgerow removal and other mismanagement in the countryside with roads also fragmenting their natural habitats.

So why is habitat connectivity so important then?

Today Hedgehogs are primarily found closer to urban areas and less so in rural habitats. This is speculated to be partly a result of a combination of factors…

Connected hedgerow habitats provide hedgehogs with an important network to disperse between the mosaic of fields in the countryside.

Connectivity of linear hedgerows plays an important role in hedgehog dispersal throughout the countryside as they allow them to forage more easily for invertebrates and fruit with shelter away from their only natural predator the badger Meles. meles.

So, badgers are not the reason why hedgehogs are declining.

Such dispersal corridors are important in enabling hedgehogs to find mates during their breeding season.

However, hedgehogs have been shown to cautiously avoid wide open grasslands to actively avoid badger activity.

In rural areas hedgehogs also are largely found in urban villages or towns which are preferred in comparison to surrounding pasture fields possibly because of higher amounts of food and less predation.

Hedgehogs in Rural Areas and Villages

Intensive farming practices can cause hedgehog populations to become fragmented and isolated with hedgerows removed or not maintained.

Since the year 2000 hedgehog populations have declined by 50% in rural communities.

Under the old Common Agricultural Policy after WW2 pasture field sizes where increased to thus boost the productivity of farms across the UK.

Hedgerows are now designated as priority habitats. However, hedgerow loss is more likely to occur due to inappropriate management lowering the quality of hedgerows.

As of 2012 only 48% of UK hedgerows were designated as being in good condition. Partly aided by Stewardship schemes and incentivised payments. In 2018 some 18% of farms had taken these up.

These beneficial management schemes include traditional hedge laying, tree coppicing and cutting regimes being restricted on a 2 to 3 year rotation to increase the height and width of hedgerows. Additionally, this increased growth would entice and attract pollinators and insects by the increase in blossoms. Grassy margins beside hedgerows would also boost the abundance of beetles and spiders for hedgehogs to eat and would serve to eat crop pests like aphids.

Intensive uses of pesticides may also have caused reductions in invertebrates among rural areas thus reducing the availability of food for hedgehogs.

Hedgehogs are further isolated in highly urbanised areas with walls and fences restricting their movements and access to land. They are also vulnerable to traffic on busy roads because of their small size and slower movements. They are estimated to travel at least one mile each night to forage and find a mate.

Since the year 2000 hedgehogs have declined by 30% in urban areas.

Habitat connectivity in urban areas and gardens can be improved by installing a hedgehog highway between gardens by cutting hole in fences allowing hedgehogs to prospect for food between multiple gardens and access mates.

You can also add your garden to the BIG hedgehog map online which is run by Hedgehog Street.

More recently, there have been calls and petitions for greater protection for both hedgehogs and where they live and make it a legal requirement for developers to survey for them in environmental impact assessments before developments can begin.

If you would like learn more about hedgehogs and how you can help them please check out the University of Stirling’s Hedgehog Friendly Campus website and blog by clicking the link here! 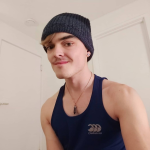 B Corp Month – What it means to be B Corp certified