The Macrobert Arts Centre in Stirling reopened their doors this week to welcome back filmgoers into their mainhouse.

After a difficult time for the arts sector this past year, the venue are delighted to welcome back locals and new faces alike with a line-up of Oscar-winning movies and peace of mind that your safety is their top priority.

This re-opening sees a simple but effective safety plan being implemented during your visit, including two-metre distancing between families, hand sanitiser stations and a deep clean of the auditorium between each screening.

Face masks are also mandatory, but can be removed while eating and drinking during your film.

Speaking with Film Program Manager Graham Reid, he said; “We follow guidance given by Scottish Government and have worked closely with the UK Cinema Association (UKCA) throughout the pandemic to ensure all our audiences feel as safe as possible during their visit.”

Although screenings are taking part in the mainhouse instead of the filmhouse, it is guaranteed that the Macrobert is bringing back the joy of a night at the movies. “Film is at its best as a shared, big-screen experience – one that we have been unable to enjoy of late.”

As for the films that are screening, audiences can enjoy a range of Oscar-Winning movies until the end of May.

Nomadland, which features three-time Oscar-winner Francis McDermott taking on the role of Fern, a women who loses her job and is dealing with the loss of her late husband, as she decides to sell most of her belongings and leave Nevada to travel the country.

Also showing, Best Picture nominee and Best Sound winner Sound Of Metal which follows passionate drummer Ruben (Riz Ahmend) as he is told by doctors that his hearing is rapidly deteriorating.

Both of these films will run until the 27th of May.

Historical drama Judas and the Black Messiah will run until the 26th of May, featuring Best Supporting actor Daniel Kaluuya retell the story of Fred Hampton, chairman of the Black Panther Party in 1960s Chicago.

Pricing remains the same with the Pay What You Can scheme still in motion after it was introduced a few years ago. Prices range from £4.50 – £8.50 depending on what option you choose. Donations to the arts centre are also welcome.

“For those who love live performance, we aren’t able to offer that yet but we will bring works from the likes of the National Theatre and the Royal Opera House to the cinema screen soon.”

Both the café and bar are unfortunately not open as of now, but the snacks and drinks kiosk is opened to all customers, selling many film munchies at reasonable prices.

Other listings, including special events, alongside more information about how cinemas are taking care of us during the pandemic, can be found on the Macrobert website. 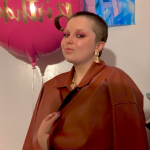