Everyone has heard of the Rivas. Mick Riva, the 50s era rock star with fame that rivals Frank Sinatra’s, and his four children, Nina, Jay, Hud and Kit are well known throughout the 34km of Malibu coastline. From the author of Daisy Jones and the Six; Taylor Jenkins Reid presents the perfect summer read. Filled with love and hatred, fame and fortune and family politics, Malibu Rising.

Taylor Jenkin Reid’s explosive eighth novel follows the course of one hot summers day in August of 1983, as the Riva’s eldest daughter, Nina, who at 25 is a famous surfer and wife of Brandon Randall, American tennis player, prepares for the Riva annual party; the party of the century.

Throughout the day, intense flashbacks tell the story of Mick Riva and June Costas meeting for the first time in 1956. The glorious beaches of Malibu are the perfect setting for their tumultuous love story through which four children are born, and many more hearts are broken.

The novel switches between the timelines seamlessly and beautifully narrates the lives of each member of the Riva clan beautifully.

The famous family finds their only solace in the shores where the waves wash over emotions and leaves behind the trauma and turmoil of their young lives.

The eldest three have turned this calmness into a career, Nina as a surfer and surf model, Jay as a competitive surfer, competing across the globe, and Hud as a professional surf photographer, following Jay throughout his travels. Although, it is the youngest child, 20 year old Kit, who is the most talented in the water.

Jenkins Reid perfectly captures the party of the century, with a descriptive style which makes you feel at the centre of the action. Many A list celebrities are introduced throughout the novel, which although fictional; will leave you googling their names in an attempt to find the articles, films and tabloid photos mentioned throughout the novel.

Jenkins Reid has a gift for making sensationally real fictional characters, a talent which is not unknown after her 2019 novel, Daisy Jones and the Six. Which followed a fictional Fleetwood Mac like band through the highs and lows of a rock and roll career; leaving fans begging for their music to be recorded in real life. Recently becoming a cult favourite on BookTok, the Book specific side of TikTok.

The novel is a perfect summers escape, with the emotional depth of the Pacific Ocean and the glitz and glam of 1980’s A listers. Jenkins Reid novels prove time and time again to be heart warming, heartbreaking, and frequently, exactly what the reader needs. A modern classic in the making, Malibu Rising is the perfect book for any reader, old or new, and is a must read for this summer. 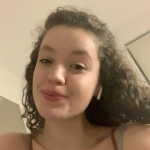 Are zoos a thing of the past?