The most significant event in New York’s fashion week is back. The annual Met Gala 2021 has officially arrived and, as always, has taken place in the Metropolitan Museum of Art in New York City. The Met Gala is known for its star-studded lineup from film stars to reality royalty, all dressed in luxurious designer garments specifically designed for the night’s event.

Due to the pandemic, the annual event could not take place in 2020 and has been further pushed back this year rather than taking place in the usual month of May. Each year, the benefit has a theme that designers can interoperate for themselves. This year the theme has been split into two parts due to the disruption of last year. The first theme is entitled “In America: A Lexicon of Fashion”, and the second is entitled “In America: An Anthology of Fashion”, which will take place in May 2022. The concept around these themes is to exhibit American designers.

Andrew Bolton, the head curator of the Metropolitan Museum of Art in New York City, stated, “I think that the emphasis on conscious creativity was really consolidated during the pandemic and the social justice movements. And I’ve been really impressed by American designers’ responses to the social and political climate, particularly around issues of body inclusivity and gender fluidity, and I’m just finding their work very, very self-reflective.”

With over 100 attendees’s taking place on the red carpet, this is a small list compiled of memorable looks at this year’s Met Gala.

Barbie is an actress best known for her role on the hit tv series Euphoria playing Kat Hernandez. She did not disappoint wearing this graceful pearl gown designed by Jonathan Simkhai. It embraces old-school, 1920’s Hollywood glamour. The dress itself is breathtaking, matched with the hair and makeup, inspired by 1920’s glam, which ties the look together—one of the most elegant looks of the night.

Comedian and actor Dan Levy made one of the powerful statements of the night wearing a blue suit costume designed by Jonathan Anderson. The simple but impactful message is that love is love. The suit showcases the resilience the LGBTQ+ community face not only in America but globally.

Rihanna, singer and businesswoman, is someone people are eager to see every year on the Met Gala red carpet. Wearing a black overcoat and matching hat designed by Balenciaga, Rihanna quickly becomes the centre of attention with her presence each year she has attended the benefit. Although, upon first look, it was not something I would consider to be a staple for the evening, however, Rihanna made us want to love it.

Singer Kim Petras turned up to the evening in this eccentric gown by Collina Strada, showcasing a 3D model of a horse head on her chest. One of the more humorous outfits on this year’s red carpet making a statement for all horse girls.

Olivia Rodrigo recently rose to fame after releasing her first album, ‘sour’, now officially named Spotify’s most-streamed album of 2021. This lace catsuit designed by Saint Laurent was inspired by Olivia’s love and appreciation for punk rock music. The genre of punk rock emerged in the mid-1970s in the USA. This look is aesthetically pleasing, but without knowing the context behind the inspiration, it is not the most obvious for the theme.

Nikkie (or more commonly known as Nikkietutorials) wearing this dreamy aqua tulle gown designed by Edwin Oudshoorn. Although not my favourite look of the night, the inspiration behind the garment is to pay homage to gay liberation activist Marsha P. Johnston. Marsha was at the forefront of LGBTQ+ activism in New York City during the 1960’s early 1970’s.

Emma Chamberlain, internet personality, wearing a gleaming gold mini dress designed by Louis Vuitton. This has to be one of my favourites of the evening, beautifully glamorous yet subtitle with a retro feel—an underrated look.

AOC, New York’s 14th congressional district Representative, is wearing this custom gown designed by Aurora James, making the bold statement ‘tax the rich’. Her gown caused some harsh critiques on Twitter. Donald Trump Jr commented on her being a ‘fraud’ for attending an event with ‘wealthy left-wing elites’. The Met Gala this year was about statements and slogans. AOC displayed her message impactfully while also looking elegant in her dress.

Billie Eilish, singer and songwriter, stunned us in this fairytale gown designed by Oscar de la Renta. Old Hollywood was a popular inspiration for the nights theme and Billie embodied movie star classic.

Lil Nas X, rapper and songwriter, had the most costume changes throughout the red carpet this year. First presenting himself in a lavish gold robe, then revealing underneath, he was dressed in a shiny gold suit. Finally, in the last section of the red carpet, Lil Nas X revealed his incredibly detailed gold jumpsuit. Versace designed all garments.

Reality tv royalty and businesswoman Kim Kardashian was seen wearing a one-piece designed by Balenciaga. Kim has the 8th most-followed account on Instagram and creates mass media attention with every fashion choice she makes. She took to Instagram to share her red carpet and behind the scenes images captioning the post “What’s more American than a T-shirt head to toe?!”. Known for her iconic body shape, she is instantly recognisable even with her face fully covered.

Fashion model, Iman, worn this ethereal gold jumpsuit with a gold and white feathered structured skirt attached. Not forgetting the outstanding headpiece to match the rest of the garment, this beautiful ensemble was designed by Harris Reed, taking over 400 hours to complete. 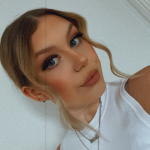 Staying active while at university

Getting organised for the semester ahead: How to stay on top of your studies

The lost art of reading the clouds in the local area

The winning city to host the famous song contest will be decided within weeks.…

The song is also Styles' second UK solo number one…